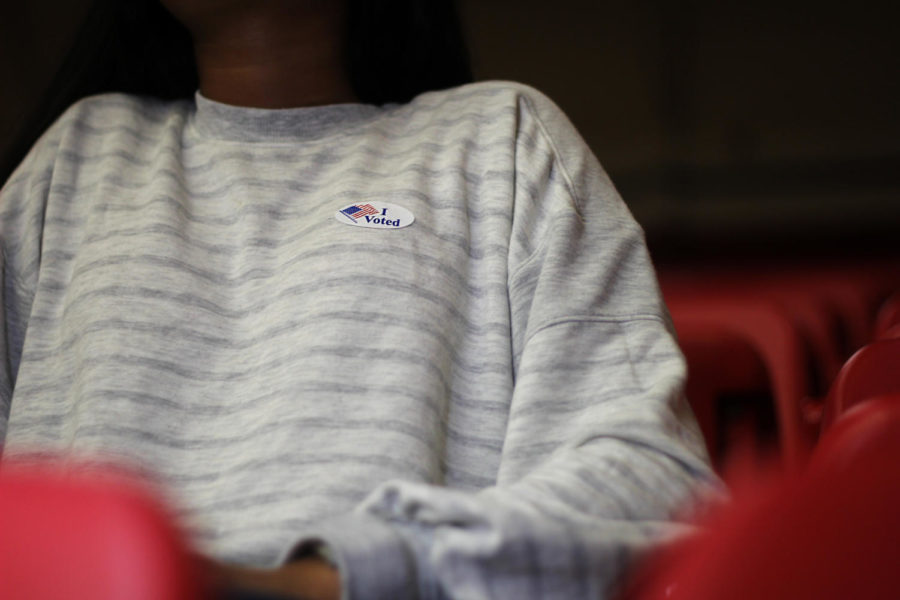 The political climate swirls like a blizzard in the wake of both the colder months and Election Day, in what may be one of the most influential midterm elections in U.S. history. Voter registration and turnout are through the roof, with a sizable amount of them being first-time voters, including many high school seniors. And for those anxious about the prospect of casting their first vote, Bruce Sherbet, the Elections Administrator for Collin County, wants to make clear that the voting procedure is straightforward and simple.

Unlike other counties, Collin County voters are allowed to choose which location they want to go to vote.

“We have it very lucky here in Collin County because on Election Day, we have vote centers, and vote centers by definition mean that voters can just pick whichever location they want to go and vote,” Sherbet said. “If you’re in Dallas or Denton, for example, you’d have to go to a designated location on election day. You can’t just pick. So it makes it easy in that regard.”

Once inside the polling place, voters are required to present one of seven types of photo identification. These include Texas driver’s licenses, Texas election ID certificates, Texas personal ID cards, Texas handgun licenses, U.S. citizenship form with photo, U.S. military ID card with photo, and a U.S. passport. For those who do not have any of these, a solution is available.

“If you don’t have one of those seven forms of photo ID, and you had a reasonable impediment from getting them, there’s just a form you sign and then you can show a secondary form of ID, maybe a Library Card with your name and address,” Sherbet said.

After they’ve been looked up, voters are handed a card with their ballot on it to the be taken into the voting booth. Once inside the booth, voters will vote screen by screen.

“The ballot always starts with federal offices, then it goes to state offices, county offices, and if there’s a local jurisdiction election, that’s what the last thing on your ballot will be,” Sherbet said.

Voters need only touch the screen next to their desired choice to cast their vote. If they change their minds, they can touch the screen again (deselecting the previous choice) and pick again.

“When you get to the very last screen, it’ll give you a summary of all the things you selected so you can look at them one last time, and if everything looks good, you hit the button that says ‘Cast Ballot’. And then the card will eject, and all you do on your way out of the polling place is drop it in a box close to the exit,” Sherbet said. “That whole process could take as little 5-10 minutes, depending on how much time you need to look at the ballot.”

The voting process is not without its restrictions. Any campaign apparel that supports or opposes a party, candidate, or issue on the ballot is not allowed to be worn within 100 feet outside of the polling place, so leave your Cruz caps and Beto buttons at home. Also, while cell phones are allowed in the building, they are not allowed to be out or in use and must be kept pocketed the whole time.

Seniors like Jackson Diamond are excited to cast their first ballots.

“I believe it’s important for everyone that’s eligible to put in their vote so that everyone feels like they’re treated fairly,” Diamond said. “The process isn’t super hard for what it could be.”

“My parents were going to go Monday morning and invited me to tag along, and so I decided ‘why not’ and got an early jump on the voting,” Ledebur said. “It’s important to know what your voting for and to go out and cast your vote so you have a voice.”

Early voting ends Friday, Nov 2. Voting centers are open this week from 7 a.m.- 7 p.m. Sample ballots and other information can be found on the Collin County website.