Faces of the Fair: Lester Jenkins 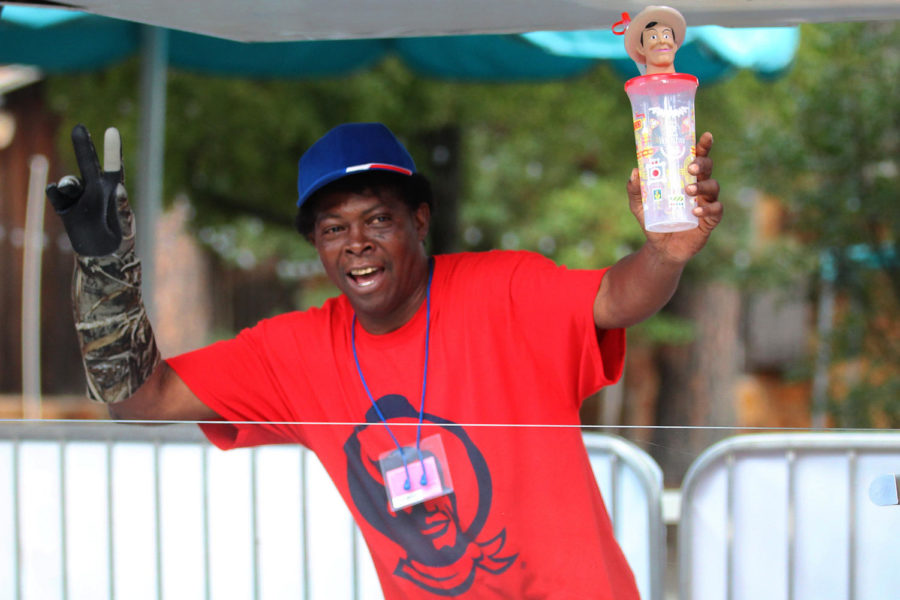 Lester Jenkins sells the cheapest water in the Fair Park at the price of only two tickets near the entrance of the State Fair. He loves the job and plans on returning every year.

If he’s “bein’ honest,” Lester Jenkins has been on the streets of Dallas since he was 15, and he needed money.

Needed money after his car wreck. Needed money after losing his job when Johnson Brothers Moving Company moved out of state. And especially needed money to “head on and get a better wheelchair” for his 89-year-old mom, because “the things she really needs, the check don’t cover.”

Walking around, Lester noticed “a ‘lotta people down there” that one day at the Martin Luther King Center, lining up to fill out applications.

“What’s the commotion?” Lester Jenkins asked no one in particular.

“Well, they’re hiring at Fair Park,” someone in the crowd responded.

Well, Lester Jenkins was “lookin’ for a job,” lookin’ for money, too.  And after filling out an application, making sure “you been clean,” and completing a background check, Lester was hired at the State Fair of Texas.

For the 24 days the Fair is open, Lester will work with plenty of other “guys who’ve been in trouble,” homeless people, and panhandlers who were given a chance to work just like he was.

“You’ve got a ‘lotta guys out here livin’ in shelters and everything that are willing to work,” Lester said. “[The fair] give[s] back to the community.”

He sells water for only two coupons, the cheapest water at the fair, and with a gold-toothed grin as he shouts:

“Cold water! Only two tickets! Ice cold water right here!” He puts emphasis on the two and makes eye contact with every fair-goer walking past the Chevrolet Main Stage. Only two tickets. Compared to the eight-ticket water on the Midway, it’s a steal.

“Meetin’ people, talking to people, makin’ people laugh and having fun” are at the top of Lester’s list of  “best parts of the job.” He knows “people like to be treated with respect,” that’s why every order of two-coupon water ends with a “thank you” or “you’re welcome.”

“You learn to be more responsible, and you push yourself to do a lot of things,” Lester said. “You watch people, [and] people watch you.”

“You got people all over the world come here” to the State Fair, and Lester hopes to give just about all of them an ice cold bottle of water as soon as they walk through the front gates.

It’s his first year working at Fair Park, but Lester already knows he’ll be back because the State Fair is “just a ‘lotta fun.”

“It really is great.”