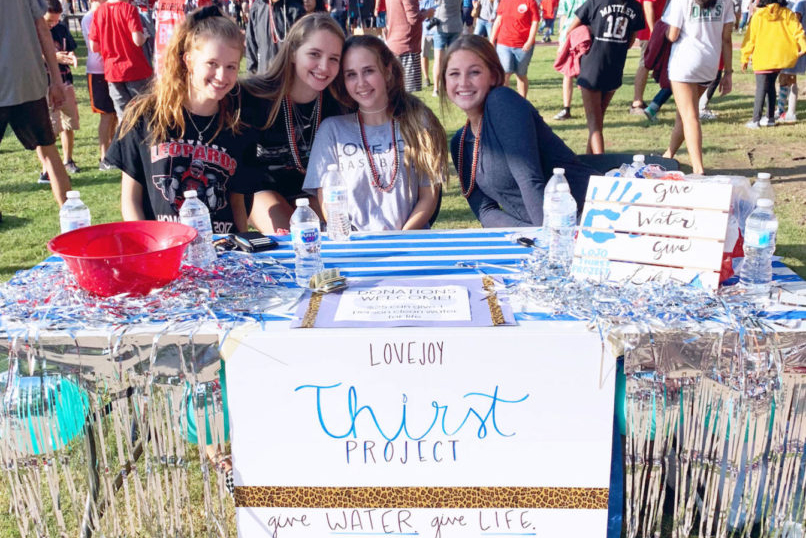 Junior Sera Muyco joined a Thirst Project club her freshman year at Los Alamitos High School in California. When she moved to Texas, she wanted to continue to work with the group but the organization did not exist at the high school, so Muyco started a chapter herself.

“I wanted to have a club that would be raising money continually and just trying to help raise funds,” Muyco said.

“The Thirst Project is an organization based in California that brings water to people in countries that don’t have it,” senior Chiarra Ramon said. “Since this is our first year at the school, we are just raising money.”

In order to meet a goal of $5,000, The Thirst Project club will hold fundraisers and events around the school and community.

“Currently we are planning to do a movie-night at the high school, with a projector, and it will be opened to the district,” Muyco said.  “And then we are doing a proceeds night at Wild Salsa in November.”

Once a month on Tuesdays, The Thirst Project will meet in B117 starting Oct. 16 to discuss future events and how to raise money and help people in other countries.

“We will just be talking about what upcoming opportunities we have for service hours and for collecting money and  just certain events and how we need help,” club sponsor and STEM teacher Lindsay Stone said.

As a new club this year, Muyco hopes to raise money all year round and to be able to keep the club going even when she graduates.

“I do want this club to continue because it is such a good cause,” Muyco said.