Tennis looks to stay undefeated in district in Denison 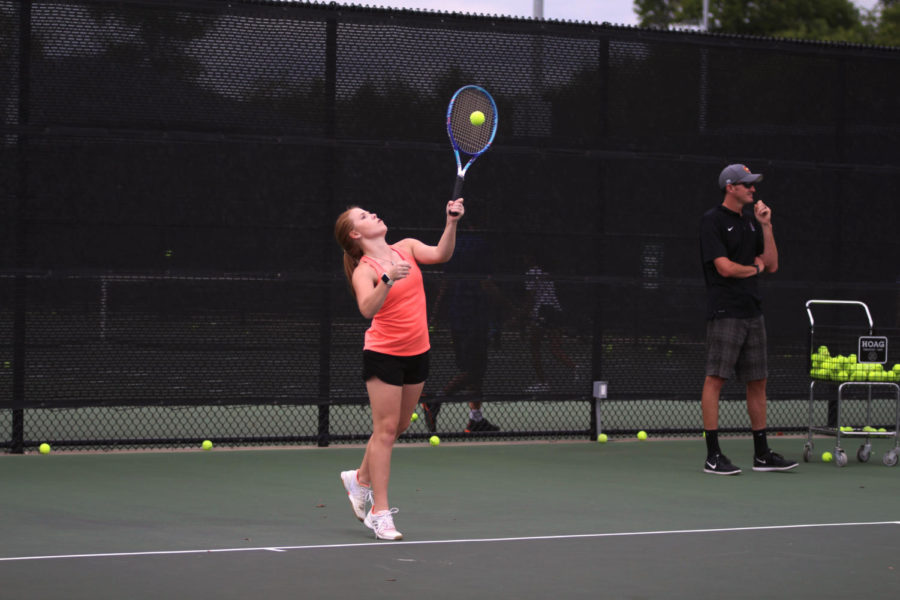 After consecutive weeks of shutting out opponents, the tennis team (13-1 overall, 3-0 district) will hit the road to play district opponent, Princeton, today at 4:30 p.m. The team will look to stay undefeated in district play with a win over the Panthers.

Senior Dylan Smith said he expects the team to continue to play at a high level.

“We play Princeton which should test us a little bit given their record this year,” Smith said. “They have had some wins this year, but we have had more.”

With only two district games remaining on the schedule, the Leopards continue to push themselves in practice with a goal to make a deep run in the playoffs.

“We are continuing to work on taking over the net and putting away volleys,” head coach Adam Cherry said. “Improving our serves and returns have been a focus this year as well.”

“We played really well considering we didn’t lose a match, but they were definitely one of the stronger teams we have played,” Smith said.

Cherry said the team is avoiding complacency and remains focused on getting into the playoffs.

“We played a really tough preseason schedule and I set up competitive drills and matches in practice to keep us performing at our best,” Cherry said.

Next Tuesday, the Leopards will play in their final district match of the year as they host McKinney North at 4:30 p.m.