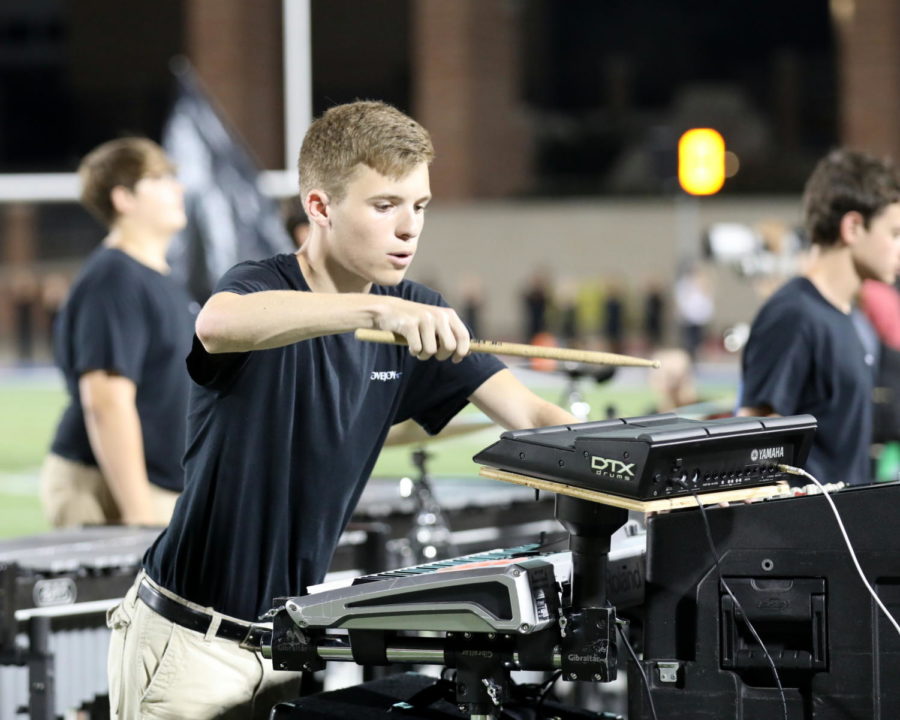 The percussion section performed at the Plano Drumline Competition and placed fifth against 16 other schools.

“We were considered for most outstanding snare line and front ensemble,” percussion director Nathan Lewis said. “It’s always good to get out early in the season and get a couple of performances under our belt before the big marching band contest. This was even compared against the biggest drumlines in the area and state.”

The drumline and front ensemble competed Saturday, Sept. 22 at 11:12 a.m, when they performed the percussion portion of Silent Night marching show for judges. The event began the band’s competitive season.

“We had a good, solid run,” sophomore Annika Kjellgren said. “It just wasn’t our best run, so some people were upset. But it’s the best that the drumline has ever placed in a drumline contest, so people were happy about that. At this contest last year we got sixth.”

The band will compete at the Denton Golden Triangle Marching Contest on Saturday, Sept. 29.