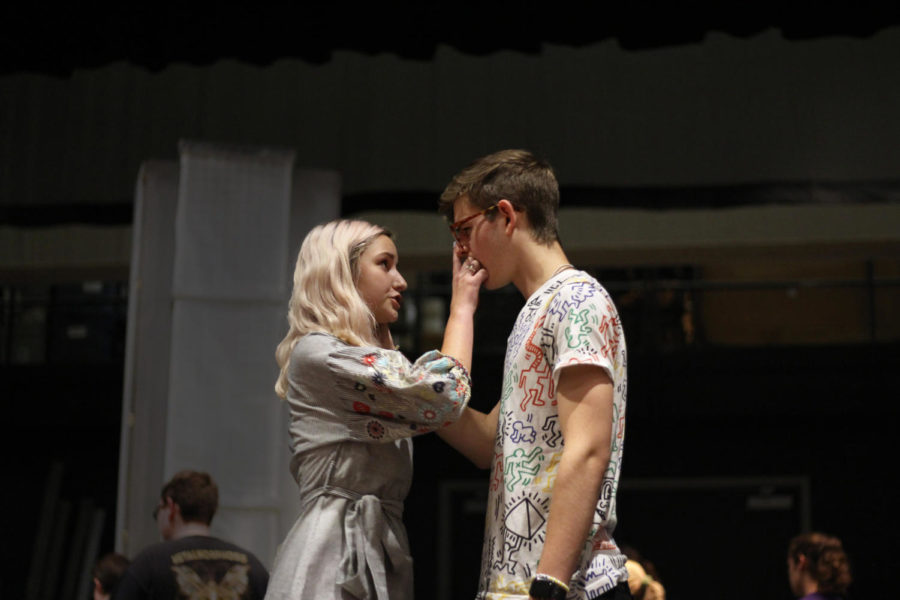 The cycle continues for the Theatre Department as they prepare for their triennial production of “Hot Topic,” a show written and directed by students hoping to address the “hot topics” of high school.

“‘Hot Topic’ is a show that is written by students for students,” senior Alec Welhouse said. “It’s about all the topics we face in our high school career whether it be bullying or drug abuse or sexual activity.”

“It really just shows the community that [those topics are] not all that bad, and there are ways around things that we think there may not be,” Welhouse said. “It gives a voice to those who don’t normally get their voice heard.”

“Hot Topic: High Hopes” performs Sept. 27 and 29 at 7:01 p.m. Doran will be co-directing two scenes for the show, the first being “Mirror Mirror” with Maruca, and the second being “Dear Future Self” with Welhouse.

“‘Mirror Mirror’ is a scene about different kids’ insecurities, and ‘Dear Future Self’ is a scene where each person says a monologue as if they’re talking to their future selves,” Doran said.

Time between freshman and senior year flew by for Doran.

“Coming back to it, it kind of came by pretty fast,” Doran said. “It’s a great experience. It’s a thrill because now you’re in the director’s spot telling other people to do what you did.”

Several scenes, such as that directed by Edwards, are adapted from scenes that were developed in past productions of “Hot Topic.”

“My scene is our mental health scene,” Edwards said. “It addresses mental issues that high schoolers face. My inspiration was the scene that I did my freshman year with Jack Barth as my director. He wrote it, and I wanted to kind of revamp what he did, so I rewrote it, and now it’s my scene.”

As the directors rush to polish their scripts and direct their peers, Welhouse continues to look back fondly on the Hot Topic performance of his freshman year.

“It was the first show I was ever in at Lovejoy High School, and it was probably one of the best shows I’ve ever done,” Welhouse said. “It truly impacted me as an actor, and it’s grown me this far to be able to direct now in my senior year. It’s truly breathtaking and truly an experience and an honor to be able to do that.”