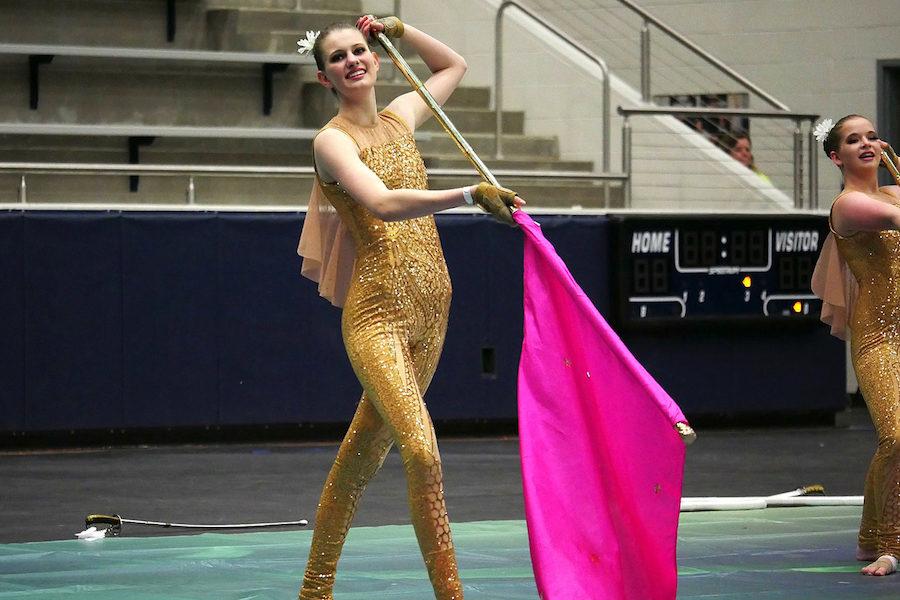 Color guard has wrapped up their season and is holding auditions for their 2018-19 school year team May 1 and May 3 in the dance studio from 5-7 p.m. Coaches hope to release audition results this weekend.

The guard participated in five competitions this year and finished in the Scholastic A class.

“Each group is placed in a classification, starting at novice to open and world; this is our first season being completely in Scholastic A,” color guard member and junior Isabel Marsden said. “We were in Regional A last year and were promoted to Scholastic A. It was a lot harder.”

Although the color guard has been around since the school opened, their participation in competition began last year.

“I think we didn’t really compete because the past directors were not interested in expanding the program and the team involvement was low,” team captain and senior Audrey Edwards said.

“This the first time in Lovejoy history that we went to a WGI competition,” Edwards said. “It was a really big deal just to be able to go, and we did the best we could.”

The guard “encourages all students interested in what we do, from dancing, acting, gymnastics, etc.” to audition, instructor David Sadler said.

“Most of our kids don’t join having experience,” Sadler said. “We train everyone [on] what they need to know.  We have seen amazing growth the past two years, and we are hoping for a huge team next year for football season.”