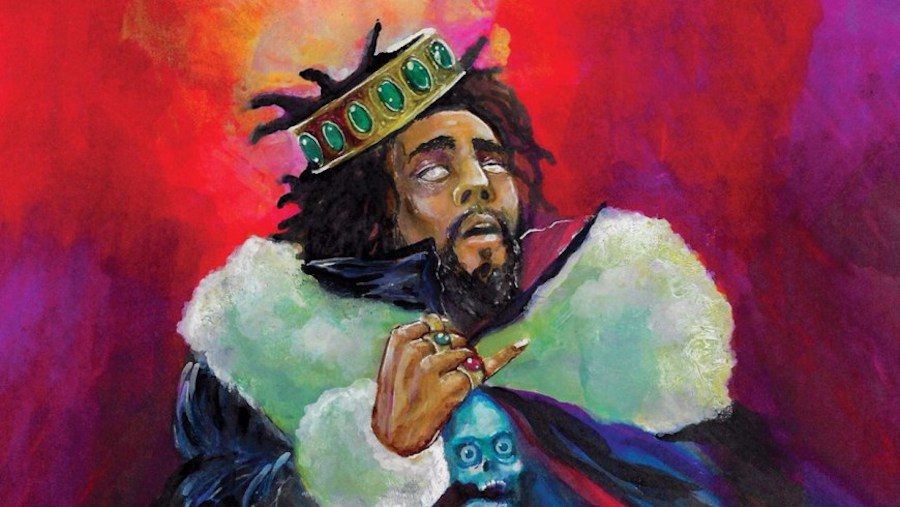 “'KOD' is another relatively disappointing installment in the discography of a rapper with loads of potential. J. Cole is certainly technically able, bringing refined in musical taste and interesting concepts from time to time."

Though J. Cole is one of the best-selling rappers of his generation and is as fame-hungry as any major label musician, he’s achieved his commercial success through an attempted rebellion against certain aesthetic cues that have saturated the hip-hop mainstream. In the past decade, Cole has grown from a pop-bound MC to a more moody and atmospheric aesthetic. Resigned to the odd corner that the rapper and his critics have carved out for him, Cole has attempted to become hip-hop’s premier contrarian. In a genre that lacks genuine alternative sounds and themes, Cole’s continuous foray into conscious hip-hop is a welcome attempt. “KOD” falls in line with most of Cole’s recent output, but it does so with shallow appeals to a genre that rappers like Danny Brown have mastered with more eccentricity and ability.

“KOD” is the third successive album to sustain Cole’s isolation among mainstream contemporaries, following “2014 Forest Hills Drive” as well as “4 Your Eyez Only.” On the title track, he’s spoofing hip-hop whose commentary is limited to substance and addiction braggadocio. He advances his contempt further with “1985,” a generic diss track designed to address new wave detractors, such as Lil Pump, who could not sound any cooler or any more dangerous than J. Cole could ever imagine himself to be. Cole doesn’t resist many of the contemporary trends he disparages on “1985”—Cole raps over trap beats, too—but his feelings of superiority grant him the confidence to interrogate these trends on the record.

These trends come off as attempted careerism while trying to outlast many teenage, streaming-era rappers. Cole tends to actually suffer from his insistent resistance to featured artists, as the sole features from Kill Edward fail to offer any stylistic switch-ups or much needed diversity in personality. The track “Photograph” stands out as a somewhat disturbing cut that describes social-media stalking, doing more to furrow listeners’ eyebrows than create any intriguing commentary.

Though the execution could be done in a more interesting and insightful manner, Cole’s willingness to address the personal darkness that has plagued other artists is courageous and commendable. Cole’s approach makes for an interesting concept ripe for potential in the realm of lyrical content and general commentary. Said concept, combined with sporadically impressive production and emboldened confidence, makes for genuinely impressive moments, which have come with every release. The hurdle that continues to exist is the corny nature of Cole’s approach and his self-aggrandizement, which is not even entirely warranted.

“KOD” is another relatively disappointing installment in the discography of a rapper with loads of potential. J. Cole is certainly technically able, bringing refined in musical taste and interesting concepts from time to time. For that reason, it is sensible to reserve a certain sense of hope for his future. For the time being, however, it remains to be seen whether or not he can sustain a certain degree of insight and impact for an entire studio release.