Review: ‘Isle of Dogs’ is a canine caper that’s ‘ruff’ around the edges 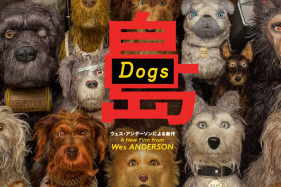 Isle of dogs is "a film with plenty of good ideas and very few good ways of expressing them."

Man’s best friend and Wes Anderson haven’t always been on the greatest of terms. In “The Royal Tenenbaums,” the family dog is run over by Owen Wilson, in “The Life Aquatic,” the dog on the ship is abused repeatedly by pirates, in “Moonrise Kingdom,” the dog is killed with a pair of lefty scissors, and the list goes on. With such a storied history between them, to say the least, Anderson’s new film “Isle of Dogs” may initially seem like a peace offering towards dogs and those who love them, but if that’s the case, then it’s not much of an apology. Not only do the titular canines face peril in various ways, as they’re placed on the aptly-named Trash Island and forced to eat garbage to survive, but also are the subject of a film that couldn’t care less about them or their plight.

It’s obvious why a director like Wes Anderson, notorious for his quirky, diorama-like films and whimsical flourishes, would be drawn to working in stop motion: it’s a medium where he is in full control of every single detail. And from a purely technical standpoint, the film is an absolute triumph. Each of its many dogs are detailed down to the last hair, and it’s clear when watching that hours upon hours of care were put into designing this film, which is precisely what makes “Isle of Dogs” so frustrating. With so much obvious talent on board, one wonders why Anderson and Co. would make such a painstaking effort for a concept as thin and undeveloped as this one.

A prologue lays out a traditional Japanese folk tale and establishes the Japanese government’s firm pro-cat/anti-dog stance. Fast-forward years in the future, and the corrupt mayor of Megasaki city has issued an order to banish all dogs to an island covered in trash. To prove his allegiance to his cause, the first dog exiled is his nephew Atari’s own beloved pup, Spots. In an act of rebellion, Atari flies a tiny plane out to Trash Island and, with the help of a pack of fellow abandoned dogs, sets out on a quest to find his best friend. If “Isle of Dogs” consisted only of this heroic quest, it would make for a fantastic adventure film. But Wes Anderson, no longer making quiet, simple films like “Rushmore,” fills out the rest with pointless subplots and moments that are quirky for the sake of being quirky.

Alternating between scenes that feature our furry friends and a subplot involving political corruption, “Dogs” quickly runs out of ideas and things to say and soon just starts repeating itself. The entire plot involving the impassioned foreign exchange student Tracy (Greta Gerwig) and various scheming scientists is virtually unnecessary, and just one of many truly bizarre decisions that seem self-sabotaging. The major decision that stands out is the film’s setting, a dystopian Japan. Unlike the intricate and developed Trash Island, Anderson’s vision of a futuristic, fictional Japanese city feels undeveloped and barely plays a role in the plot, like a remnant from an earlier draft of the script. I’m sure audiences would receive a Wes Anderson tribute to Japanese cinema and history with open arms, but lazily combining that film with one about a dog rescue mission results in this, a film with plenty of good ideas and very few good ways of expressing them.

While watching “Isle of Dogs,” I wondered who the intended audience is and what the point of all that happens in it is. It’s certainly not the children’s film it was advertised as, as it’s convoluted, occasionally vulgar, and astonishingly grim. It doesn’t even come close to Wes Anderson’s previous foray into stop motion, 2009’s “Fantastic Mr. Fox,” one of the finest (and funniest) family films ever made. At the end of the day, they can’t all be good dogs.