Review: ‘Boarding House Reach’ is an actualization of a unique eccentricity 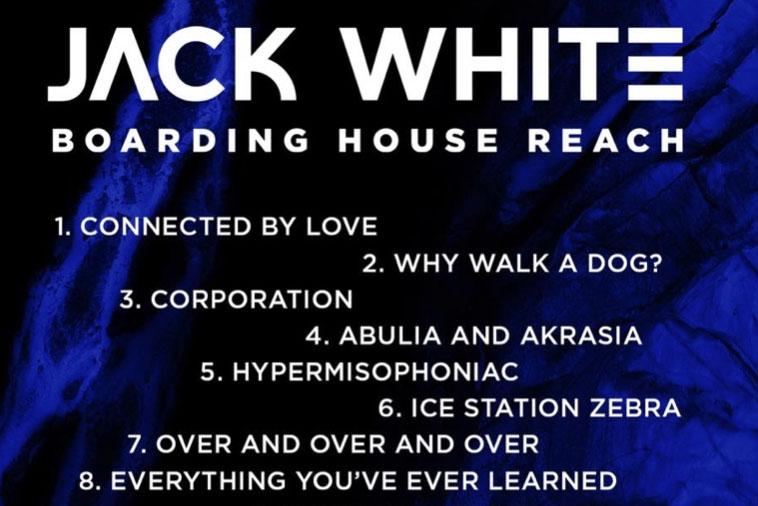 “'Boarding House Reach' is a tasteful synthesis of blues rock, alternative rock, and even unexpected elements of country and rap music."

Few artists reach a point where unrelenting musical indulgence will be unconditionally rewarded by the following they’ve amassed. Though the band The White Stripes is the most common channel where Jack White has been experienced, he’s accrued a sizable chunk of what is now a loyal fanbase via a range of solo output. White’s solo material, however, has consistently failed to reveal instrumental prowess and songwriting chops, which The White Stripes gained notoriety from in the first place. There has almost always been a sense of playing it safe– a failure to dabble in any gratifying experimentation. “Boarding House Reach,” at the very least, is a foray into that long-awaited experimentation.

Putting the coffee house rock of 2014’s “Lazaretto” and 2012’s “Blunderbuss” in the past, “Boarding House Reach” is a tasteful synthesis of blues rock, alternative rock, and even unexpected elements of country and rap music. The album is an actualization of a unique eccentricity that separates White from many of his contemporaries, though the eclectic qualities are not channeled properly throughout many sequences of the record. Some ventures such as the rap-like delivery on “Ice Station Zebra” create awkward appeals to more mainstream sounds.

The opening track “Connected by Love” is one of White’s most eerie and uncanny ballads, which is supported with synth-bass and flickering electronics bouncing between the left and right auditory channels. The song actually reveals itself as an outstanding introduction with subsequent listens and sets up further electronic-acoustic clashes later in the tracklisting. Such clashes create strikingly similar parallels with Justin Timberlake’s recent “Man of the Woods,” though White’s renditions are actually done tastefully and with a sense of authentic musicianship.

The aforementioned attempt at rapping exemplifies my generally lukewarm feelings toward the record as a whole, as does the country-tinged “What’s Done is Done,” and spoken-word bits like “Everything You’ve Ever Learned,” which comes off as an infomercial in a dystopian future. Though a diverse representation of genres is typically an appreciable aspect of an album, it doesn’t always culminate in an entirely aesthetically enjoyable experience. White is a proficient alt-rocker, a reality which reveals itself too much in these genre-blurring elements of the album.

Regardless of any reservations, it’s commendable to see White stepping in a direction that fans looking from the outside in have been hoping for. It is satisfying to see White finally create music in accordance with the oddball image he’s created for himself. Although this release is sure to displace many of White’s loyal fans, it could finally erase the artistic confines that White has been working within and set up future releases that come closer to fully realizing that experimental ideal.