Review: ‘The Death of Stalin’ is a clever, darkly funny biopic 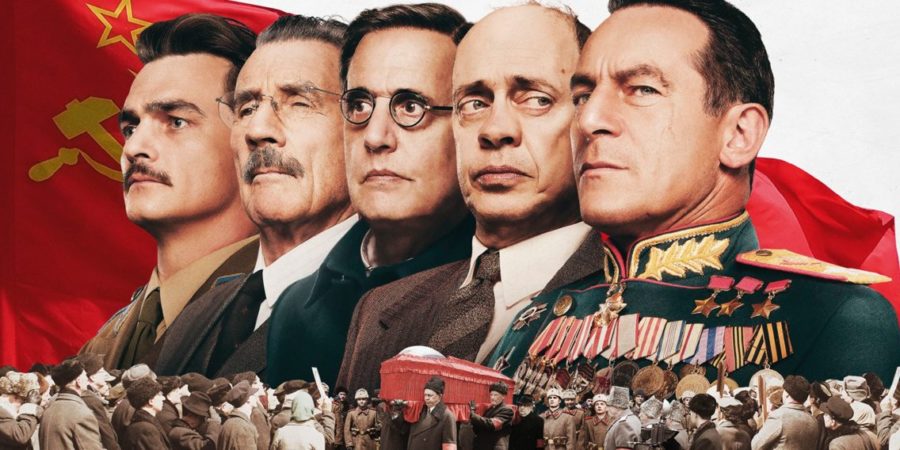 Once the most popular genre in Hollywood, slapstick comedy has gone the way of the Western, with genre revivals only happening once every few years. Armando Iannucci’s new film, “The Death of Stalin” is a biopic that documents the chaos that emerged after the titular event in the Soviet Union circa 1953. Like so many of this decade’s Oscar-winning biopics, the film uses historical events as a critique of modern times, but in no other respect does it resemble films like “Darkest Hour” or “The Imitation Game.” No actor involved makes a complete physical transformation to play a historical figure, nor does the film end with text that serves as an epilogue, saying something like “In 1953, chaos erupted in the Soviet Union. Today, we call it Russia.” Instead, the film takes a darkly comedic approach, blending high-brow satire to appease scholars of Russian history and extremely silly slapstick that appeals to general audiences.

Reportedly changed from the actual events to make it seem more believable, “The Death of Stalin” doesn’t even try to make the impression of a prestige, Oscar-bait biopic. Historical Russian figures like Nikita Khrushchev are played by American actors like Steve Buscemi, and not a single actor in the film attempts a Russian accent. The effect is initially jarring but is less alienating after a hilarious prologue that involves a burnt-out, frantic Paddy Considine (“Hot Fuzz”) as a member of the political elite going to great lengths to recreate a performance of a concerto to please the country’s leader. What follows is total chaos, as political warfare between Khrushchev and Beria (Simon Russell Beale) erupts. These people don’t want to change much about the current state of affairs, and often want to do the exact same things. Instead, they simply crave power, to have their names in the history books, and can’t bear the idea of having the other achieve that status first.

The film is also really funny. It’s hard to resist the image of Steve Buscemi scheming for power while dressed in a ridiculous suit that feels like something David Byrne would wear. A few attempts at more physical comedy don’t quite land (a bit with the various leaders attempting to put the incapacitated Stalin on a bed stands out as particularly weak), but for the most part, the blend of highbrow and lowbrow humor works well.

Making a comedy out of a turbulent time in history seems like the recipe for a film that’s almost totally tasteless, but “The Death of Stalin” never reaches that level. As funny as it often is, the film never lets you forget that the direct result of all the sinister plotting that occurs cost millions their lives, imprisoned or killed for speaking out against the government. Even after Stalin dies in the film, the effects of his leadership are still felt. The members of his former cabinet are afraid to disagree with each other, even though they realize that there are no consequences for doing so anymore. Even in a film that’s ultimately designed to be comedic, Iannucci manages to capture the right balance between satire and a darker reflection of world affairs.