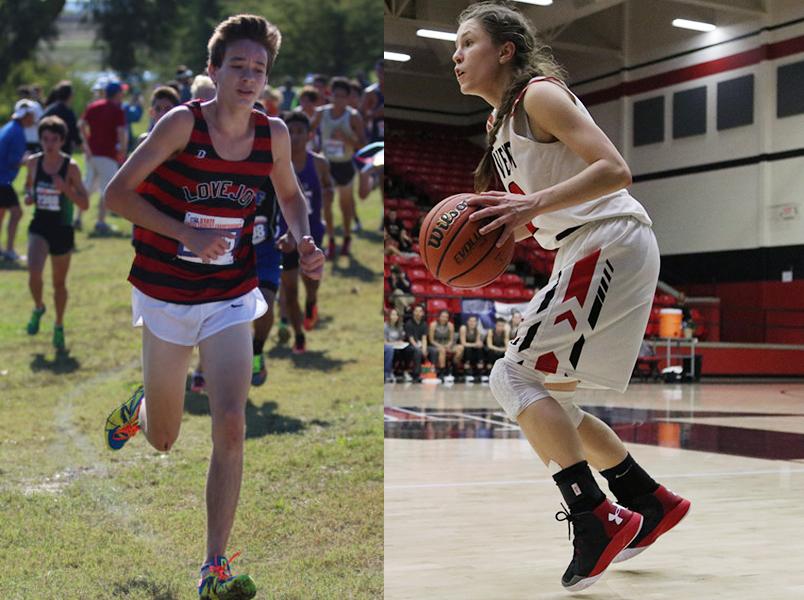 Seniors Bradley Davis and Meredith Elhmann represent Lovejoy as the two nominees for the Texas Student Athlete of the Year award.

Davis was nominated for his efforts in creating Running Over Depression, a 1K and 5K event which helped raise awareness for depression and collect funds for the American Foundation for Suicide Prevention, as well as his participation in the cross country team.

“I definitely think cross country and Running over Depression are probably the two biggest things that have influenced who I am as a person,” Davis said.

Ehlmann received her nomination for organizing Relay for Life, which will help raise money for cancer research on April 6, and for being a member of the varsity basketball team. A large part of Elhmann’s life has revolved around basketball, teaching her important life lessons, like time management and teamwork.

“It’s great just to be nominated and recognized for both athletics and then volunteering, along with helping the community,” Ehmann said. “They’re two things that I really care about, so it’s pretty exciting.”

“If I don’t win, it’s not a big deal because I still know everything that I’ve done, and I’m content with it,” Davis said. “Whoever does win, I’m sure it’s greatly deserved because I’m sure everyone on that list has done great things.”