Softball to travel to Poteet for district challenge 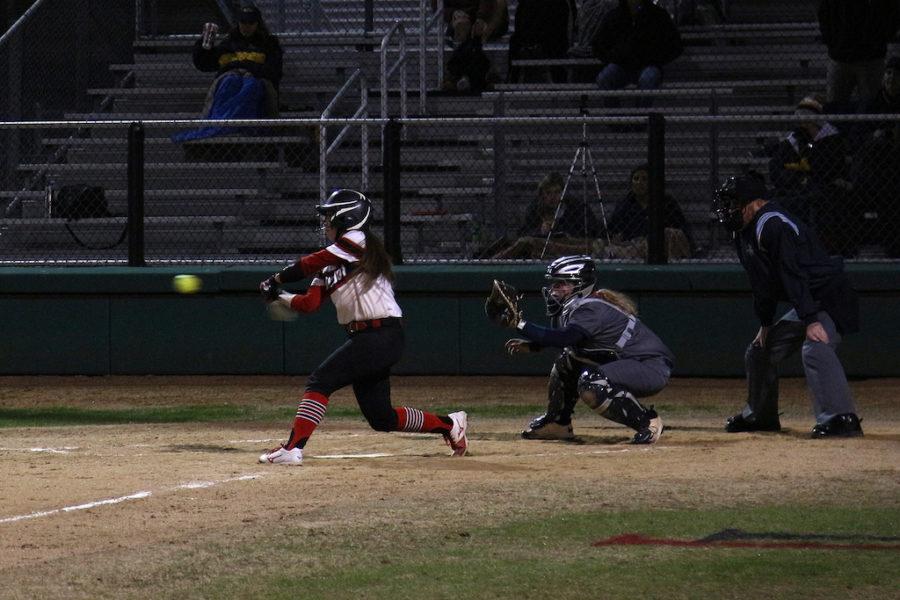 Sophomore Harleigh Bettis hones in on the pitch in the game against Highland Park.

The softball team (10-7 overall, 3-2 district) will go on the road to face Mesquite Poteet at 7 p.m as the first half of district play comes to an end.

Head coach Jeff Roberts said the team’s goal is to limit the Pirates’ top two players during the game.

“Mesquite Poteet is a very good team. They have two very strong players; their pitcher is committed to Marshall University, and their shortstop is committed to Texas A&M Commerce,” Roberts said. “We have to work away from these two because they can hit the ball a long way.”

Senior Alyssa DiFiore believes the girls have played very well as of late.

“If we go into our game against Poteet with the same mindset and intensity as we’ve shown in the past, I think we will be very successful,” DiFiore said.

Last Tuesday, the team battled its way to a victory over North Forney by a score of 9-8.

“We did not play our best game against North Forney, but we did play well enough to win,” Roberts said.

The team jumped to an early three-run lead before North Forney rallied to score six runs in the fourth inning. The girls came together in the final innings, however, as sophomore Leah Taylor hit a walk-off double to win the game.

The Leopards are focused on consistency in all aspects of the game, which will be key to them claiming one of the four playoff spots.

“This team has become a family, but we must keep working to improve,” Roberts said. “Our goal is simple: we want to make the playoffs.”

After the matchup against Poteet, the girls’ next district game will be against Royse City at home.