School to consider use of breathalyzers for prom 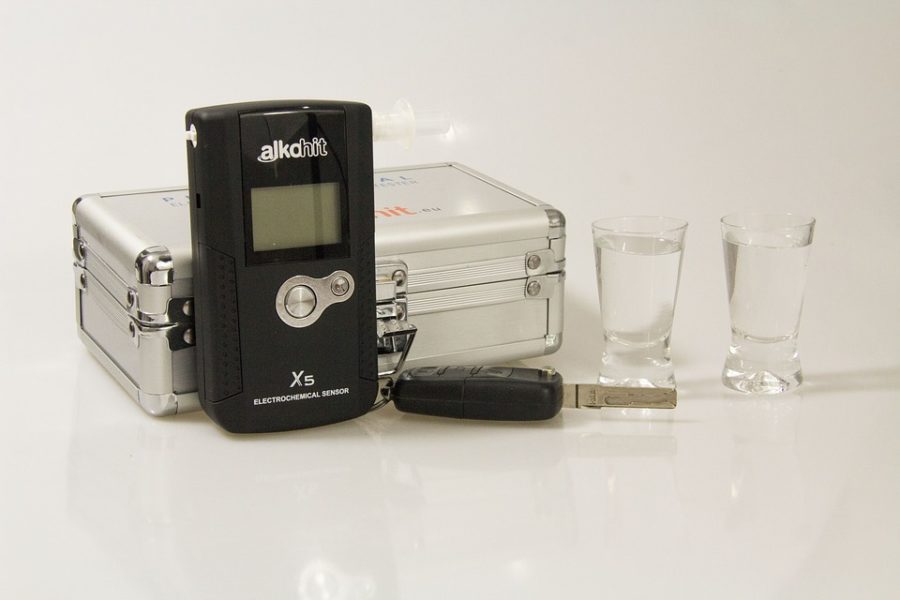 Administration is taking community input regarding the use of breathalyzers at prom and will announce its final decision tomorrow.

Prom will be held on April 14 at the Dallas World Aquarium, and it’s sure to be full of dancing, sparkly dresses, and lots of pictures. However, breathalyzers and drug dogs, never seen before at prom, could be present this year. The administration will be announcing their final decision on whether they will be putting these measures in place on Friday, March 23.

“Right now, we’re just focusing on gathering information, and part of that is there are other school districts that do that,” principal Chris Mayfield said. “We’re really just reaching out going ‘What’s the impact like?’ ‘Has it been a positive deterrence?’ ‘What has been the impact on students?’ Just kind of looking if we’re going to move forward and really think this is something we’re going to pursue.”

Along with the impact this decision makes on students, Mayfield was also interested in parents’ opinions.

“I’ve not had an overwhelming amount of responses,” Mayfield said. “It’s been a pretty steady email trickle that’s come back, and so up to this point, most of them have been supportive ideas and really a lot of them have said, ‘Have you thought about this? Have you thought about that?’ So a lot of it has been a good opportunity to dialogue with the community, although they’re just really throwing it at us right now, [and they have] great questions we will be considering.”

Senior Zac Brooks said the breathalyzers and drug dogs are  “a decent idea.”

“I’m kind of mixed because I don’t like the distrust between the faculty and students, but I also don’t like students driving while drunk,” Brooks said. “I feel like if they can cut down on drunk driving, especially because it’s all the way in Dallas then I think it is a decent idea.”

Mayfield said if the school decides to proceed with these actions, he will be “transparent” about the details. He said he does not want this to be a “how-many-kids-can-we-catch kind of thing.”

“Really my hope would be that things like that would impact the choices that some students might make or help them decide to make a good choice,” Mayfield said. “I really hope it doesn’t have an impact on attendance. In visiting with other schools, that’s some of the questions that we’ve asked other schools who do that, and they have not seen that it has had an impact [on attendance], but they have said that it has been a deterrent for kids [to drink].”

Junior Trace Sutherlin does not agree with the presence of breathalyzers and drug dogs at prom.

“Personally I think it is extremely overprotective and paranoid of the school to be constantly monitoring their students,” Sutherlin said.

Even if the school does not go through with the breathalyzers and drug dogs, there will be more security at this year’s prom since the aquarium requires the attendance of a Dallas police officer with every rental of the venue.

“We [also] have our own [police officer], and we’ll hire out some additional [police officers] for that night, so some of that stuff is just naturally in there and so we’ll do that,” Mayfield said. “[We’ll] really kind of look at if we have these different groups, what can we do and what can’t we do and really try to communicate that out as well.”

Some students feel that these measures are a waste of money, but Mayfield said the cost would not be factored into students’ tickets or extra fees.

“Honestly, I think it’s unnecessary and a waste of money because I don’t think people are going to bring it to the aquarium or to prom,” senior Kiersten Burno said. “They normally save it for after because of transportation, and I know most people in a group try to contain the group so nobody gets hurt.”

Mayfield said he continues “to think about safety and security for kids” but is also open to suggestions from the students.

“We want prom to be a fun place for students so they are like, ‘Hey this is what we like and what we don’t like,’ and ‘We could stay away from that,’ and ‘I think it would be OK if we thought about this,’” Mayfield said. “Those are all good pieces of information for us to know.  Whatever we end up doing, we want to make sure students have a good opportunity to go, ‘This is what we think about this stuff.’”