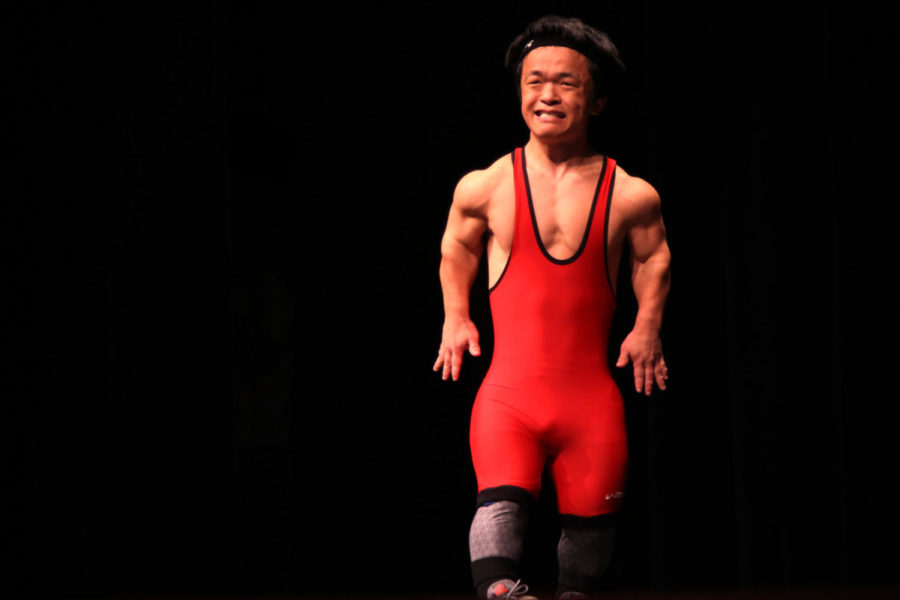 Senior James Ayers has wrestled since sixth grade and is now team captain.

Senior James Ayers is a captain of the wrestling team and has qualified for state two times.
At A Glance
Whataburger or In-n-Out? Whataburger

Favorite Movie? Zombieland
Looking Deeper:
The Red Ledger: What got you into wrestling?

James Ayers: Signing up for athletics in sixth grade, I knew I couldn’t sign up for football or basketball because of my size. I came across wrestling, and coach Eaton told me that in wrestling size doesn’t matter– that it’s a sport for all body types. Additionally, a good family friend wrestled when he was younger and enticed me into it.

TRL: What was it like making it all the way to the state tournament two separate times in your career?

TRL: As one of the seniors, and one who was very successful, what was it like to be one of the de facto leaders of the team?

JA: Taking on the responsibility [of] leading a group of mostly underclassmen was a learning process because this year the team mostly consisted of sophomores and freshman with only one junior.

TRL: Do you think that because of your size, you faced some extra obstacles that you were able to overcome?

JA: Dwarfism or my size was never really much of a problem for me, but more of my body weight and always being 9-10 pounds lighter than my opponent every match was something to overcome.

TRL:  What did you do or use to motivate yourself to continue to perform at a high level as you wrestled throughout high school?

JA: Last year, my junior year, I was one place shy of making state, and it motivated me to not let that happen ever again, and it fueled me this year so that I could make it to state a second year, which I was able to accomplish.

TRL: How has your experience in wrestling shaped you, and what will you take from it?

JA: Wrestling has taught me self-discipline with being on time or earlier, along with always working for everything.

TRL: What is your favorite memory from wrestling?

JA: My favorite wrestling memory was sophomore year at dual state when we had to wrestle the host team for the place of fifth in state, and it came down to the heavyweight match all tied up, and our heavyweight Tom Elvin came up with the pin to get the win, and it was pretty exciting.