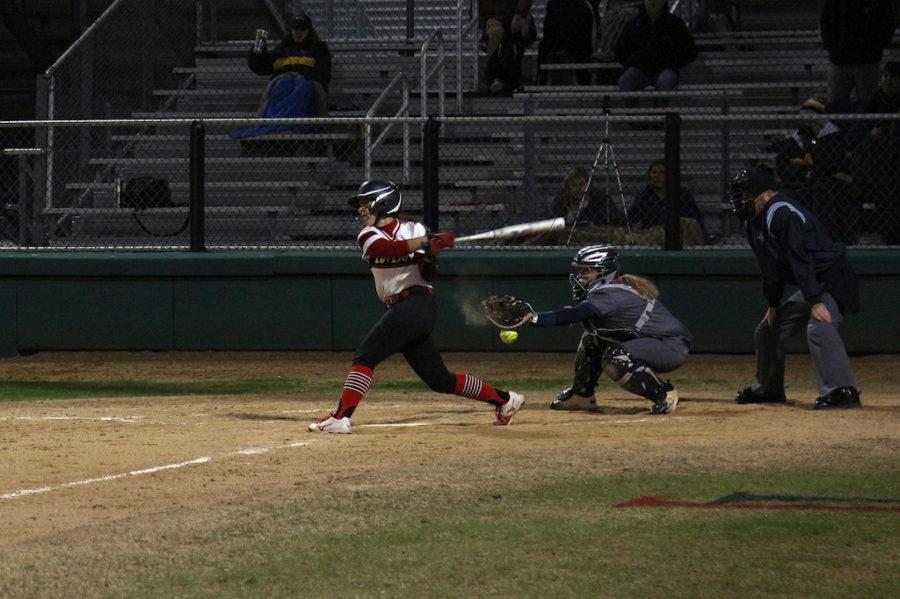 The Leopards run ruled Highland Park in its first district game and will look to continue its momentum against West Mesquite.

The softball team (9-4 overall, 1-0 in district) will go on the road to face West Mesquite at 7 p.m. in its second district game of the season.

Last Tuesday, West Mesquite lost its first district game, 21-1 and is looking to bounce back from a winless season in district last year.

“They are an improved team, but their pitching is slower than most teams in district, so we will have to be patient and take walks when we can get them,” head coach Jeff Roberts said. “We can’t slow down our swings. Instead, we have to be patient enough to let the ball get to us.”

The Leopards’ team is very young this year, as they lost a large senior class a year ago. The team graduated seven players which included five that recorded over 100 career starts in their varsity careers.

Despite the loss of these players, Roberts has a young group of underclassmen who have been getting plenty of experience at the varsity level.

“We are a very young team, as we typically start three to four freshmen per game,” Roberts said.

The lone senior on the team, third baseman Alyssa Difiore, has led the young team throughout the year.

“Being the only senior on the team doesn’t bother me, and I don’t think about it that much,” Difiore said. “This is my team regardless of the different ages.”

The Leopards’ goal is to get to the playoffs, and in order to do that, they have to place in the top four of their district.

“We have 14 guaranteed district games, and we are always playing for game number 15,” Roberts said. “I think it is a realistic possibility for us to make it to the playoffs. We just have to do certain things in order to be successful.”

Last Tuesday, the team defeated district rival Highland Park on their home turf, earning its first district win of the year. The team got off to a hot started and batted in 10 early runs in the first inning.

“We cooled off after our fast start, but in the fifth inning, we hit back-to-back home runs,” Roberts said.

The team went on to defeat the Scots, 15-5, courtesy of the run rule.

After the Leopards’ game against West Mesquite, they will host Forney High School next Tuesday.