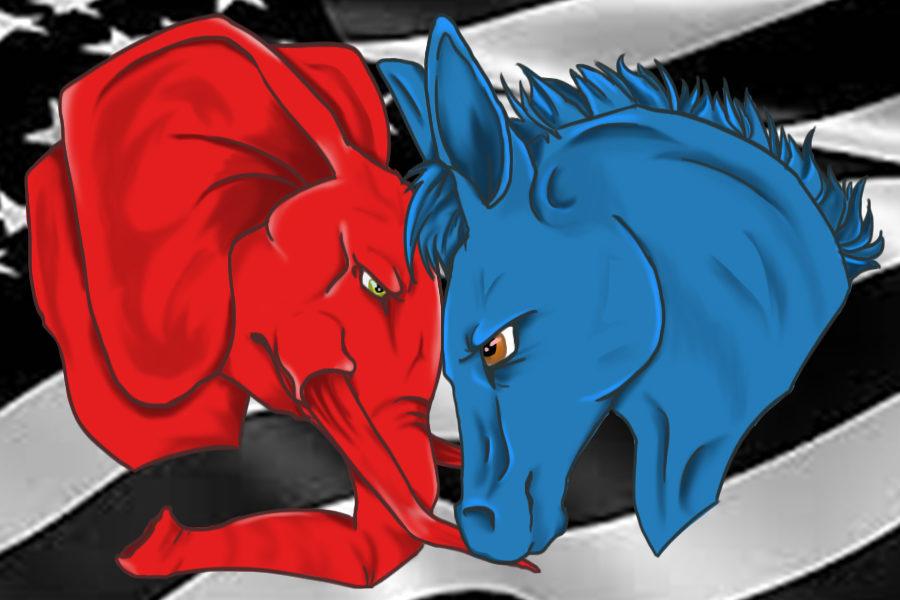 "The country has been split in the past, but the immense amount of division currently present in this country due to political parties has increased drastically."

“However [political parties] may now and then answer popular ends, they are likely in the course of time and things, to become potent engines, by which cunning, ambitious, and unprincipled men will be enabled to subvert the power of the people and to usurp for themselves the reins of government, destroying afterwards the very engines which have lifted them to unjust dominion.” – George Washington’s Farewell Address, Sept. 17, 1796

Time and time again, we have disregarded our first President’s warning and witnessed the consequences of a nation divided by the factions we call political parties. Neither side of the aisle seems to be willing to compromise. The country has been split in the past, but the immense amount of division currently present in this country due to political parties has increased drastically.

Political parties lead to corruption in the government because the leaders of these groups who want to be a representative of the people will adjust some of their personal beliefs to fit the profile of a typical Democrat or Republican. They do this to get votes because if one of their views on, say, LGBT+ issues or abortion is outside of the typical views of the party, it can turn off a portion of their party’s voters. This is political party polarization, which has increased after the rise of TV news media.

The biased news media focuses on the views of extremists. Fox News focuses on the beliefs of leftist extremists, and CNN the right. Most Republicans watch Fox News, and what they hear about the left is mostly the extreme left, and vice versa for CNN. Extremists of any sort are not good, so the information that each side is getting in terms of the other is not a true representation. This causes Republicans to call all Democrats elitist communists and Democrats to call all Republicans racist neo-nazis. The media is pitting each side against each other like cats and dogs.

This is not all the fault of the TV media, however. It has a lot to do with our responsibility as citizens to come to a conclusion on issues, which is often done poorly because we become stuck in echo chambers. Echo chambers occur when we only consume news that is biased toward our own personal views. Listening to only our own opinions limits our reach and understanding of the true events happening in our country.

We can fight political polarization by looking to many different news sources before forming our opinion on issues. If you typically check news from only Fox or CNN, try tuning in to MSNBC, BBC, and AP as well. These news sources will help you grasp the truth, prevent you from automatically falling to the side you typically agree with, and will open your mind to having differing opinions than those of your respective party. This may even influence politicians to become less polarized and represent the true beliefs of the people.

If our media outlets became less biased in their views and if we as a nation opened our minds and listened to a variety of different views and sources, we might live in a world where politicians are willing to make a compromise and where their political affiliations don’t dictate their personal beliefs on what is best for this country.