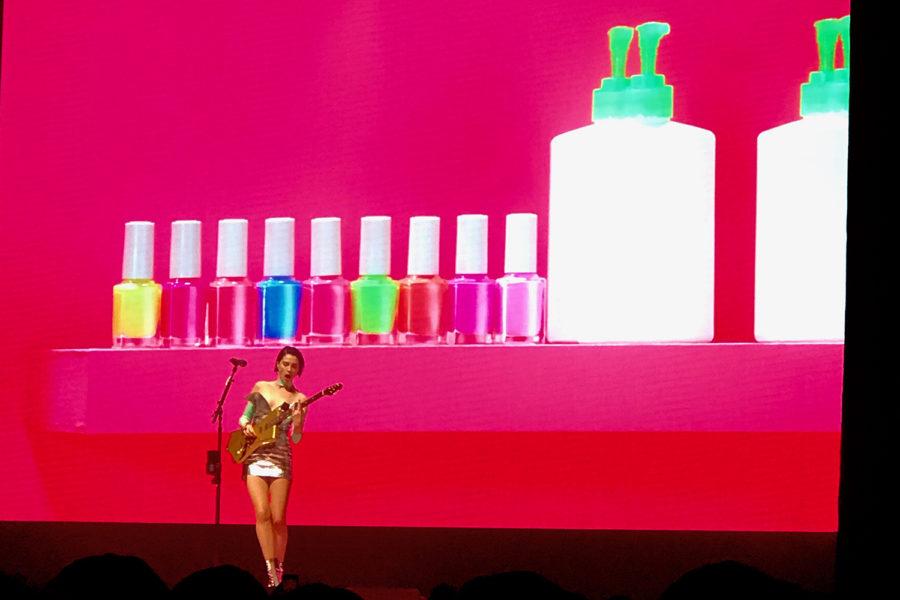 Artist St. Vincent gave her all in the live performance Joe Cross attended.

Where other modern indie artists act disinterested on stage, Annie Clark, known by her stage name St. Vincent, puts on a show. Not content with simply standing and singing a couple of songs, her performances routinely feature multitudes of elaborate costumes, improvisation, and sets straight out of a horror movie. Her Saturday night stop in her hometown of Dallas was no different and saw the art-pop icon shifting through her various eras and styles in one amazing night of music.

Clark opened with a set of her older material before performing 2017’s “MASSEDUCTION” in its entirety. While this may seem like a cheap move to appease older fans, updated arrangements put the classic songs in a new light. A minimalist version of the lush “Now, Now” turns the song into something extremely eerie, while songs from her darkest, noisiest album “Actor” practically became Beach Boys-esque when gorgeously transposed into a major key. The different arrangements occasionally hindered the work, however, as “Rattlesnake,” one of her most energetic songs, became less so without a live band. Unlike the band Car Seat Headrest, with their pointless, recently re-recorded version of an older album, St. Vincent’s previous music has evolved over the years in the best way possible. One can only hope she releases a live album with these new versions.

As wonderful as her previous albums are, the real highlight of the night was the “MASSEDUCTION” material. With guitar changes between nearly every song and regular costume changes, the songs energized the crowd and turned the room into one large dance party. Even the songs that don’t sound great on the album (namely “Fear The Future”) came alive in this setting, with Clark’s guitar skills proving to be sharp as ever. The visual accompaniments were truly stunning as well, telling a story of sorts on their own by basing themselves on concept art from the album. St. Vincent is the rare artist whose fascination with aesthetics doesn’t overshadow their songwriting ability, and the two collided beautifully on Saturday night.

In an age where concert tickets are exponentially increasing in price and many artists no longer feel compelled to do anything special for an audience, it’s refreshing to see someone who truly puts her all into a live performance.