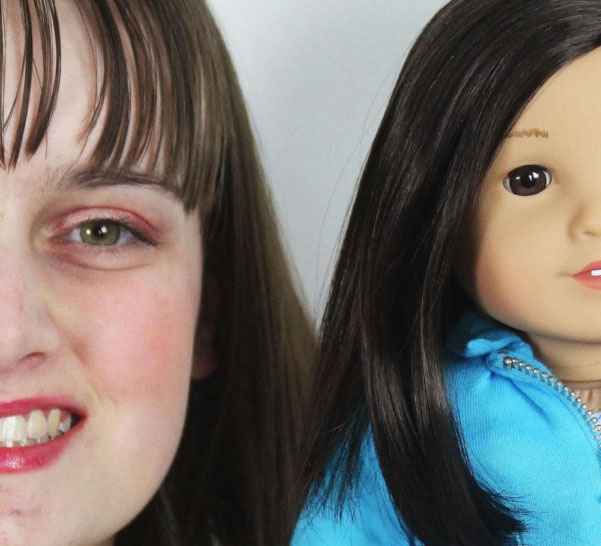 Sophomore Kaitlyn Hare has over 16,000 subscribers on her YouTube channel featuring her custom American Girl Dolls.

The actors are American Girl Dolls.

Abigail, Paige, Jake, Lizzie, and Michael are just a few of the dolls featured on Hare’s YouTube channel, AGLovePug. The channel has videos ranging from stop motion to doll customizing to vlogs.

Hare got her first American Girl Doll for her ninth birthday, and her friend “since diapers” was one of the reasons she was interested in American Girl Dolls. Hare said she wants to be a director when she gets older, and the dolls gave her the opportunity to make movies through stop motion. She combined her passions into one.

“It’s got to be the stop motion [that got me back into dolls] because I hadn’t really touched them for a few years,” Hare said. “Then I got another one and another and started making stop motions with them.”

Hare said she doesn’t consider herself to be an average American Girl Doll YouTuber.

“Sometimes my videos are based off of real life events, others are based off of what other people do,” Hare said. “I do a lot of comedy with them and sometimes drama. It’s a little more mature than what the AGtubers post, so I would say girls from 13 to 18 [are my target audience] because that’s the most views I get from any age range.”

The most popular video on Hare’s channel, “Under the Bed~ AGSM,” received 611,000 views and 4,000 likes. The video features a guest voice that plays a burglar in the instance of a home invasion.

“I really like the stuff that she posts,” sophomore Ariel KoKoricha said. “It’s unique and original. I know Kaitlyn wants to be a director when she’s older, and her videos show just how talented she is at making her own stories and putting them together.”

Hare also customizes dolls upon requests and sells pre-customized dolls on her eBay account. The videos “Making WICKED custom AG Dolls!” and “Fixing and Customizing an American Girl Doll!” feature dolls that are sold on her account.

“I started [customizing dolls] about a year ago when an AGtuber named agsnapshots started and was making good money off it,” Hare said. “It takes me, on average, a weekend or two. My last one took two days because I was rushing to get a video out.”

By producing new content each week, Hare is able to get feedback from her subscribers through comments and emails.

“I think the content she posts is pretty impressive,” sophomore Katie Rink said. “They’re original and definitely worth watching. She doesn’t shy away from deeper topics, and I think that’s really cool. She puts a lot of time into them, and she is also conscious of the quality. She works hard to make her content worthwhile, and she definitely succeeds.”