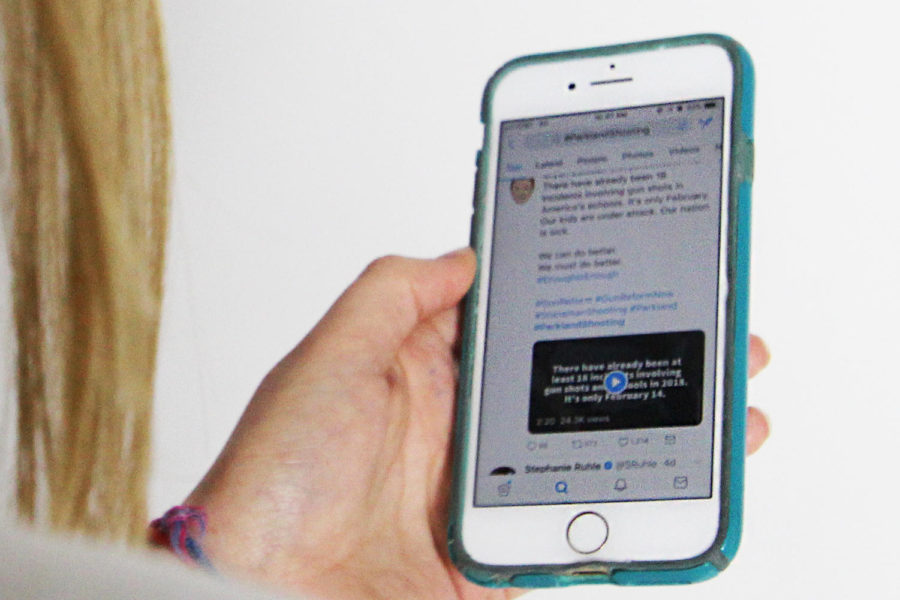 I hate politics. I hate the endless arguing and bickering, the division it causes, the biased news organizations; all of it. I have always been one to avoid conflict at all costs and lay low in dramatic periods of time. In terms of my political views, I see both sides of arguments, and can never decide how I truly feel about a topic. However, when I saw headlines about another shooting, when I saw videos on Twitter of people screaming as gun shots fired and hands trembled, when I heard that 17 people including kids my age were murdered at a high school similar to mine, one of my views became concrete.

But most importantly, we need change.

On Wednesday, Feb. 14, 19-year-old Nikolas Cruz used an AR-15 assault rifle to shoot and kill students and faculty at Marjory Stoneman Douglas High School in Parkland, Florida. Although Cruz had been reported to FBI last year, was expelled from school, and posted violent pictures on social media, the teen was still able to legally purchase the rifle.

Don’t get me wrong, I love the U.S. I love our freedoms and liberties. But how can a person who is not legally allowed to buy alcohol allowed to purchase one of the top weapons of choice for mass-shooters when he had already been reported to the FBI not once, but twice. Many will say “Guns don’t kill people. The person does–we need prevention,” and they are absolutely correct. A gun can’t walk itself over to a school and open fire. But when citizens took those preventive measures and notified officials, it still failed. Our government avoided protocol and failed us. I wish prevention alone would work. I wish I didn’t have to write columns about why we need stricter gun control, but unfortunately that is not the world we live in. We go to school to learn, not live in fear of a possible attack.

The day after the Florida shooting three students were arrested at neighboring Flower Mound Marcus and Plano West High School for bringing firearms to school. Whether the students had evil plans or were trying to protect themselves, there is a clear breaking point.

As a Texan, I understand the resistance to gun control. It is a part of our culture and Constitution. We love hunting and having peace of mind. I’m not saying that guns should be banned completely, but the process to getting a gun license, purchasing a firearm, and the kinds of guns available to the public should be more restricted. After all, semi-automatic assault rifles are not necessary when going deer hunting at the ranch. Stricter gun control is a small sacrifice to pay for safety and security for our citizens.

It is time for change. Why are Americans always the first to put aside differences and unite when disasters like Hurricane Harvey happen, but are always divided when it comes to disasters like the Florida shooting? Shootings shock us, and then we mourn, but then we move on and forget it until another one happens. Why can’t we take real action like we do when there are natural disasters to end the cycle?

Students from Marjory Stoneman Douglas High School have spoken up to the government and demanded changes. They have shown us that no age is too young to speak your mind. They have even united to organize the “March of Our Lives” in Washington on March 24 to protest.

At its bare bones, stricter gun control is a no-brainer to ensure safety in our country, so let’s stop the arguing and stubbornness. I hate politics, but this is no longer about politics. It’s about students in classrooms feeling secure. It’s about being able to go to concerts while knowing that you’re going to make it home that night. It’s about unity. It’s about making a safer America for us and the generations to come.