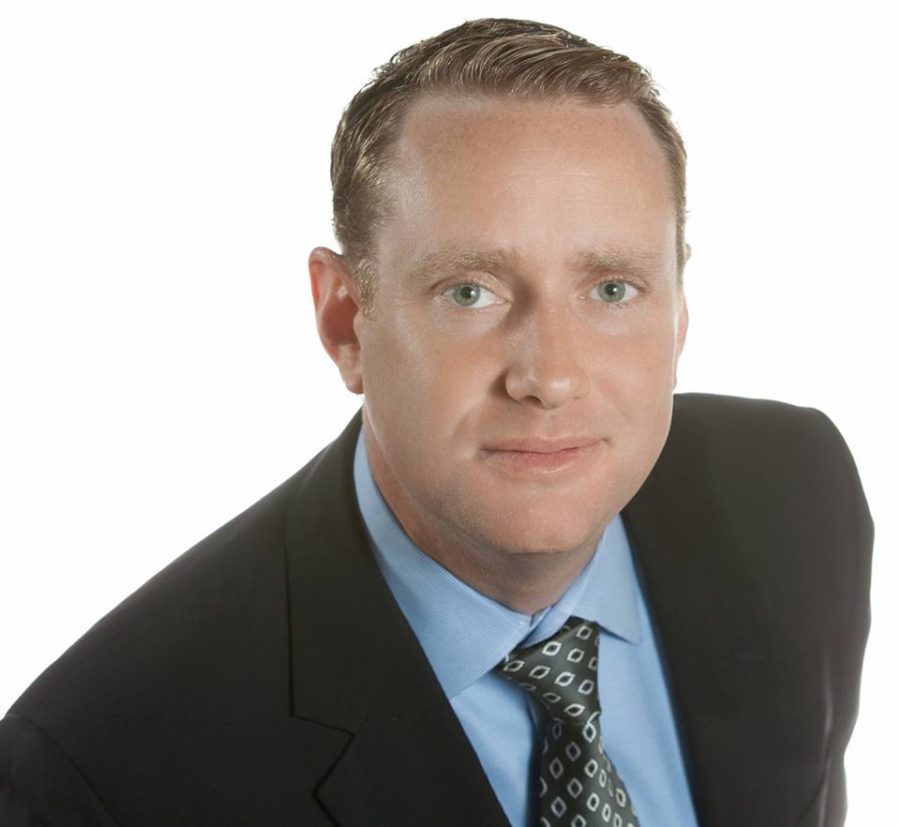 Editor’s Note: Below is an interview conducted in person with Democratic candidate Adam Bell as a part of The Red Ledger’s look into the candidates of the race for Texas’s District 3 seat in the House of Representatives. This interview has been edited for length and a copy of the full interview can be found here.

The Red Ledger: What is your stance on the wall proposed by President Trump?

Adam Bell: I think the border wall is a failed idea.The idea that we’re going to secure our borders by putting up a wall just on one of the borders doesn’t make a lot of sense. We know that migration from the southern border has actually decreased significantly and that the majority of immigration happens actually through Los Angeles and John F. Kennedy international airport. The only thing I can really think of is that there is some sort of racial idea here, to keep one class of people out of the country. The idea that we have terrorists coming in from the southern border–it’s obviously a possibility, but any terrorist acts that have actually happened on our soil were by people who came in through an airport. I’ve talked to people who are concerned about drugs coming across the southern border, but a wall’s not going to stop a drug dealer, I can tell you that. The cartels have figured out ways of getting around any existing walls that we got now.

AB: I’ve outlined a pretty detailed policy on immigration in total, but DACA, specifically– these kids are not kids anymore sometimes. These are people who have grown up in this country and may not speak the native language of where they’re from. They may not know anything about that country. They’re essentially, in all aspects, Americans, except for a piece of paper.  I would definitely like to make sure that we have protection for the Dreamers, and we can get them on track to make sure they are on a path to be citizens as soon as possible. We need to be a little more thoughtful about what we’re saying as a nation. The bottom line is our administration, our president, is the voice, the mouthpiece for our country, and when he says some of the things he says about excluding a class or a country, or saying something is an “s-hole” country, it diminishes our standing as a world leader, so I’d like to get to a more balanced and accepting tone.

AB: The idea that we’re forcing local municipalities and local governments to fulfill the duties of the federal government– it seems a bit counter-intuitive. I mean, we pay taxes to both entities. We pay our taxes to municipal governments to run municipal functions, not to deal with immigration problems.  The idea that the federal government’s going to withhold any type of funds if these cities don’t play ball is pretty ridiculous, I think, because these are dollars that we’ve paid into the federal tax system, into a structure that’s designed to give back to the municipalities, and just seems so un-American to me that we have an administration right now that just keeps mouth piecing this rhetoric that’s trying to threaten people and strong-arm people.

TRL: Regarding healthcare, what would you say is your biggest concern?

AB: My biggest concern is that we have 535 legislators in the Senate and House that seem to think they know exactly what’s right for everyone. I’ve gone out and I’ve met with industry providers from insurance, healthcare, physicians, patients’ groups, you name it, any aspect of health insurance– one thing that everyone’s said back to me is “nobody’s ever asked.” We’re working really hard to outline policies and legislation that day one we can put into law that Republicans and Democrats won’t want to change, all built on the perspective of people that are affected. We have to make sure that we have insurance available to people at an affordable price that covers their needs. The bottom line is, we need to reduce costs for people, and if we reduce costs here in the state, it’s going to bleed into opportunities to spend those dollars on other things like education, and we’ll have more money because we’ll have the money that was actually promised to us that our state legislature and executive denied paying for the things like Medicaid that we need to pay for.

TRL: What would you say is your general abortion stance?

AB: Me personally, I couldn’t imagine making a decision that would not lead to having my two girls in my life. It would be a very difficult decision. But I also can’t pretend that I know what’s right for everyone else. There’s a lot of different things that happen in women’s lives, and making a decision about their healthcare, I think would be irresponsible of me to do that. That’s something that a woman needs to discuss with her family, her clergy, her doctor, and find out what’s best for her, and we need to make sure that we have options so that she can make a decision that’s beneficial to her life and to her child’s life, one way or another.  So my general stance on abortion, I think I would always lend my decisions to the facts that pertain to the case that is at hand, and I would never stand in the way of a woman to make her own healthcare decisions.

TRL: Texas has recently passed laws permitting the open carrying of firearms in public. What do you think of open carry laws?

AB: I think that if we’re going to put something in somebody’s hands that could hurt somebody else, we need to make sure that person is very, very responsible. We require that if you’re going to drive a car, you got to pass a test. I think that license to carry laws need to be expanded. I think that any responsible gun owner would be very, very happy to go through a little more scrutiny to make sure their neighbor has gone through the same scrutiny. Texas is a very proud state, and we got a long heritage of gun ownership here, and I think that Texas could set the standard for the country for control of what’s gotten a little out of hand.

TRL: What is your position on student loans?

AB: I think the first thing we have to know is that the cost of education is getting out of control. Texas deregulated schools about 15 years ago, and that has made tuition unbelievably expensive.  But on the other end, we can also incentivize students to give back a little bit. My sister’s a teacher in Richardson, and she worked in a Title 1 school for five years and got her student loans forgiven. So, if you’ve got students saddled with enormous debt, you can have physicians go work in an underserved community for six to seven years. These ideas have been around for quite a while. We just need to focus on where the need is and make sure that we’re making students aware of it.

AB: First-time voters need to tune out the rhetoric. Outside looking in, you’re seeing a bunch of giant babies griping about everything, and then if you turn on any news channel, you can get five or six really crazy opinions. First-time voters need to understand the difference between spectacle news and factual news. We have news organizations that are delivering a service, but it is permeated with a lot of opinions, and I think that when students are turning 18 and are being able to vote for the first time, it’s hard sometimes between opinion and what the reality is.

TRL: What do you think could draw Republicans to your campaign?

AB: We’re already drawing Republicans to our campaign. We’ve been drawing Republicans for the last three years. When we came out in 2015 as a candidacy, I was very clear that I live in Collin County, I’m your neighbor, I’m a small business owner, I’m an employer, I’m a job creator, and I also want to be fiscally responsible; I want to balance a budget. I want to make sure our government is intact and lives up to its obligations of protecting our country. Things like that, hyper-partisanship– it doesn’t work for the people of Collin County. The people of Collin County are fiscally-minded and very considerate of others.

TRL: What sets you apart from the other candidates in the Democratic primary?

AB: I’ve kind of been able to push past the business of learning how to be a candidate. I’ve been doing it for a while now, and we kind of hit the ground running right after the 2016 election. We worked to make sure we got like-minded candidates on ballots, we helped them run races, and we’ve met with every group, every constituency, that has ever raised a question to really understand what’s going on with them, rather than toiling away at how to get a website up or how to get our information in. We’re way past that. I’ve already been meeting with sitting representatives, and I’m getting to know these guys through campaigning these last three years, and we’ve actually gotten representatives to co-sponsor bills.

TRL: Let’s assume that you or one of the other Democratic candidates wins that November election. Do you think that will act as a referendum on the Trump administration?

AB: I would like to think that it may be a referendum on local Republican politics and business as usual for Republicans here. I’ve got a lot of Republican friends, including elected Republicans, and I don’t necessarily agree with much of their voting record, but I think they’re very great people. I think very highly of some of our representatives that are sitting now, I’m friends with some of them, and I think it’s pretty awesome when we’re out at an event together and we’re able to say, “Hey, let’s work on something together,” and that’s pretty awesome to know that there’s that like-minded feeling on the other side of the aisle. So to say it’s a referendum on the Trump administration or anything outside of the microsphere that is Collin County may be a little bold, but it may be a referendum on business as usual for the Republicans. That hyper-conservatism is not what’s really accepted here anymore.