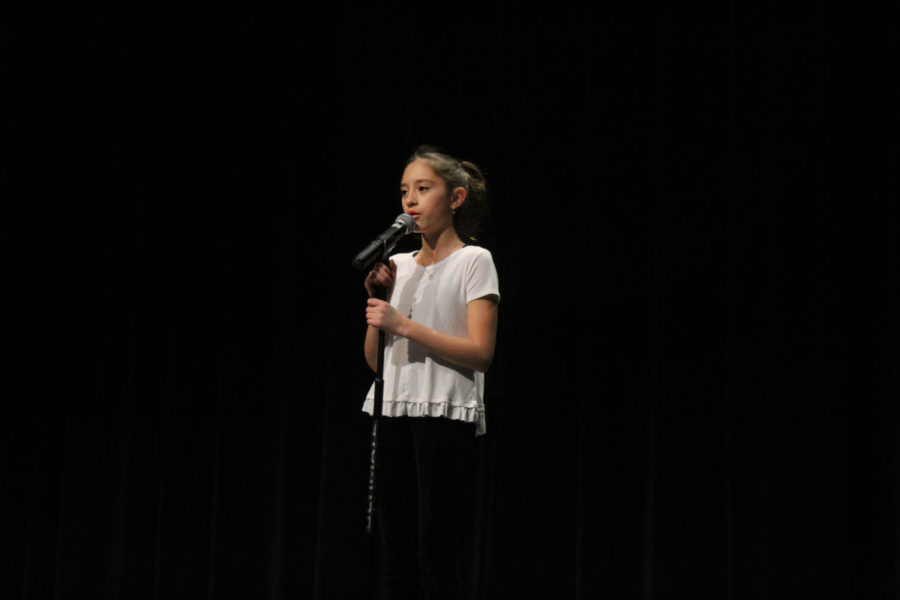 In an effort to raise money for prom, the Student Council will hold the first annual district talent show. The show will begin at 7 p.m. on Thursday in the auditorium.

The show will feature eight acts, ranging from piano playing to singing to dancing, performed by students in grades kindergarten to sixth. Group acts paid a $50 fee and single acts paid a $25 fee.

“We’re trying to just let our younger students have a chance to show their talent on a bigger stage,” junior class president Evie McGowan said. “We’re looking forward to growing the event into an annual thing that can be a really easy way for future class councils to raise money for prom and ultimately reduce ticket prices.”

The event was planned entirely by the Student Council.

“We really were working on some ideas of fundraisers that would actually reap some benefits,” McGowan said. “We knew that we wanted to go with something district-wide to improve our participation.”

Admission is free, and everyone is welcome to attend the show.

“We’ve offered some of the NHS members an hour of service as well,” Student Council treasurer Allie Bianchi. “So if they come in, they’re welcome to buy concessions, which would help lower their ticket prices [for prom].”