Boys soccer to take on Forney in district matchup 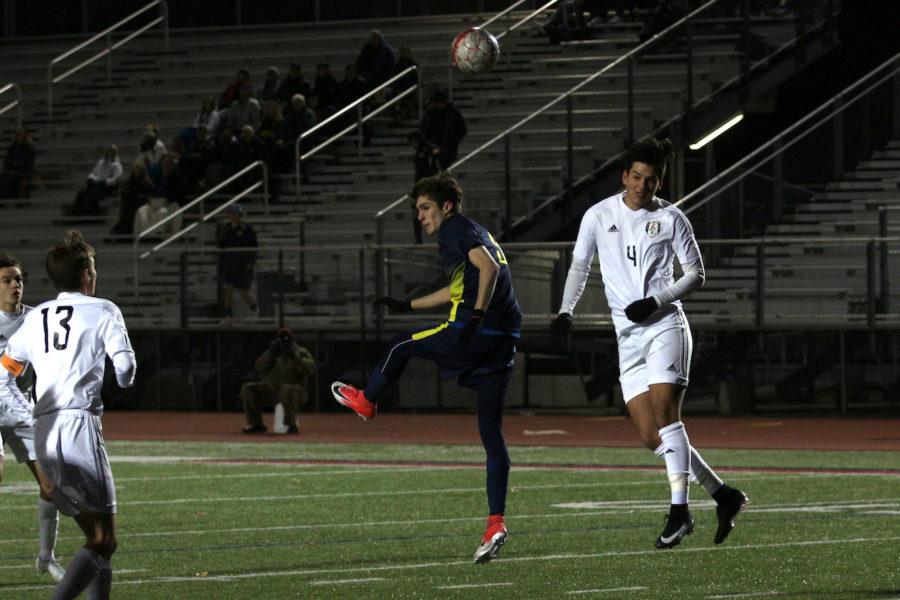 Senior Grant Lange jumps in attempt to head the ball to his teammates.

After tying West Mesquite on Friday 1-1 and losing in shootouts, the boys soccer team will refocus for the game tonight against Forney (3-6-1, 0-2).

The West Mesquite game was close throughout. The lone goal scored for the Leopards was by junior Benji Merrick and assisted by junior Christian Kwon.

Forney had some early season struggles regarding the players on their team, so younger players have had to fill the spots of the players no longer on the team.

“[Forney] graduated a lot of players last year, so we don’t know a whole lot about them,” Kwon said. “Our goal is just to score goals and put them away early.”

Forney has yet to win a district game, and the Leopards are looking to keep it that way and work toward a positive record in district. Forney sits in last place of the district, while the Leopards are currently tied for second.

According to Merrick, the Leopards have prepared by spending practice time to work on their game on the offensive side of the field.

“We have been focusing on closing down opportunities and to stay composed,” Merrick said. “We want to stay in their half of the field and score over and over again.”