Team aims to conclude the final part of district play on a strong note. 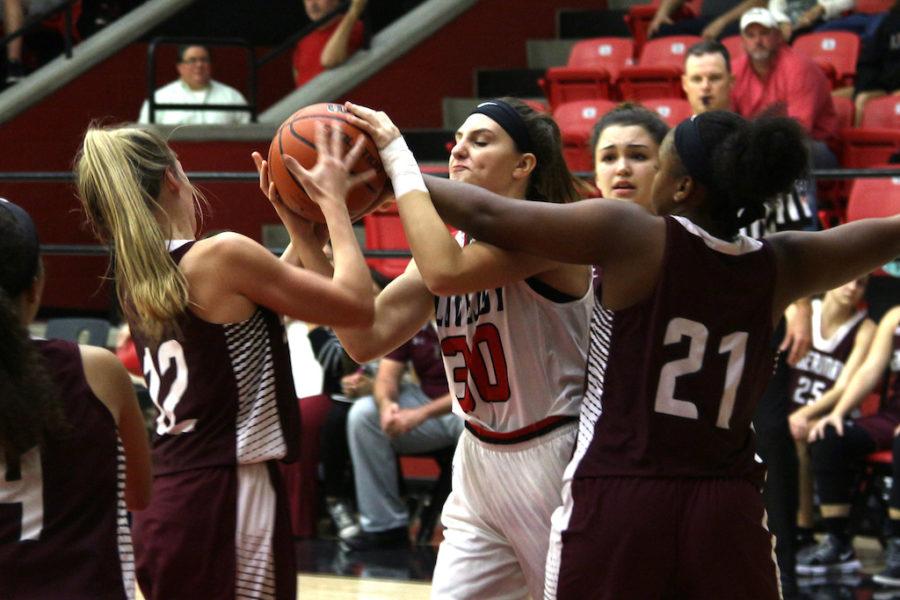 Junior Alexandra Brungardt is fouled as she pulls up her arms to shoot.

The girls basketball team (25-7 overall, 10-2 district) will host Mesquite Poteet (13-12, 7-4) on Friday at 7 p.m. in its final home game of the year. The team will recognize the outgoing senior class in the pregame festivities.

“Since it is senior night, I think we will come out with a lot of energy since it is our last time playing at Lovejoy,” senior Taylor Meixelsperger said.

In their last matchup during the first half of district play on Jan. 9, the Leopards defeated Poteet by a score of 52-47.

“I think we will be ready to play versus Poteet,” head coach Lance Boxell said. “It was a five-point game last time we played, so we know our best effort is needed to get the win.”

In preparation for Poteet, the team has emphasized rebounding all week.

“We have focused on all five players rebounding because that is one of our weaknesses, and they are a physical team,” Meixelsperger said.

The team is also adjusting its zone defense to prepare for Poteet’s offensive scheme.

“Last game [against Poteet], we let their guards get too many good looks versus our zone,” Boxell said. “We will need to do a better job of finding them in our zone.”

Last Tuesday, the Leopards defeated North Forney, 70-59 to match last season’s win total. The team was led in scoring by senior guard Kaylee Rekieta, who set the school record in points in a single game with 39. She made 70 percent of her shots, shooting 14-20 from the field, including four three pointers. She also added six steals and three blocks on the defensive end of the floor.

“I am very happy about scoring 39 points,” Rekieta said. “However, I did not do it on my own. My team helped me reach this feat.”

The Leopards bounced back after losing to Wylie East last Friday, 48-43. The team trailed by as many as seven points at the end of the first quarter. Then, the team rallied back in the fourth quarter, scoring 19 points. However, it was not enough, as Wylie East handed the Leopards just their second loss in district play.

The Leopards will play their last district game of the season next Tuesday as they go on the road to face Royse City.