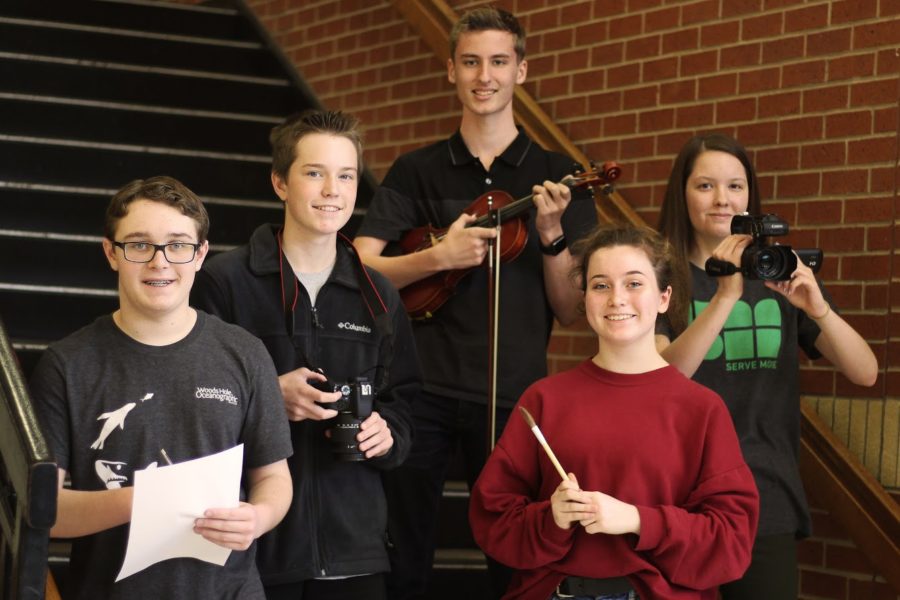 Four freshmen and one sophomore to compete in categories from music to literature.

Five students, including four freshmen, advanced to state and received the “Overall Award of Excellence” in this year’s PTA Reflections contest by creating pieces of art under the prompt “Within Reach.”

PTA Reflections is a contest where students in the district can submit different works of art, music, or dance. The students are judged based on their piece and how it relates to the prompt, which changes every year. The contest also admits rewards to the students that do well in the competition. This year, the awards are different medals and ribbons that mark how far you made it in the contest, and the Overall Award of Excellence is the highest level of accomplishment that students can receive.

Many students entered, but only a few students made it to state. Major Friesland was one freshman whose photography piece received the award.

“I thought of things that you can physically reach, with like an emotional connection to “It took me about a week,” Friesland said. “I chose a tree because [the photo] could look at the branches and the sky.”

Another contestant, freshman Ryan Schlimme, constructed a musical concerto in a month and a half. He wrote the piece about a month after the death of a loved one and commemorated her life with the song.

“It is a solo violin with a full orchestra,” Schlimme said. “I had 12 instruments in the orchestra, and they back up the violin as they play through a story.”

Those who advanced to state in the district are listed below.