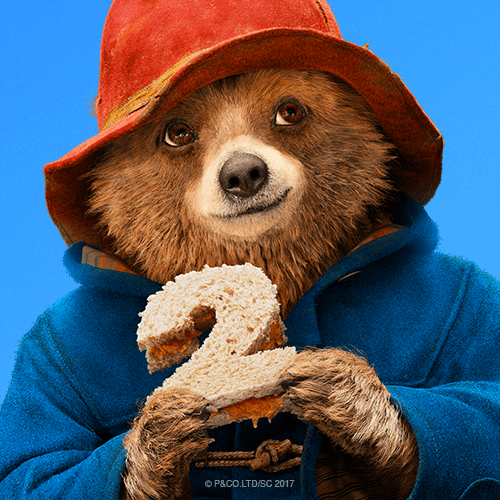 "This is the rare sequel that not only matches its predecessor but outdoes it multiple times over."

If you follow film-related accounts on Twitter, you’ll have noticed something odd over the past few weeks: constant, rapturous praise for “Paddington 2.” But make no mistake, this is not an inside joke like when people ironically claimed “The Emoji Movie” to be a masterpiece, because “Paddington 2” is a genuinely great film.

There is no reason for this, a sequel to a surprisingly-better-than-average kids movie, to be as good as it is. This could’ve been an easy cash-grab, a soulless sequel designed to sell toys, but the movie itself sets out to prove you wrong from its opening seconds. This is the rare sequel that not only matches its predecessor but outdoes it multiple times over.

In this installment, our beloved mischievous bear attempts to get his aunt a nice birthday gift but instead ends up in the middle of a massive criminal conspiracy involving nuns, trains, and a prison chef named Knuckles McGinty (played hilariously by Brendan Gleeson). The resulting film is a razor-sharp, fast-paced adventure flick that at points nearly becomes “The Grand Budapest Hotel” for kids. But where Wes Anderson’s (great) film embraces irony and detachment, “Paddington 2” is 100 percent sincere, a film that sets out to find the best in everybody and succeeds.

Without pandering to adults with innuendo, or to children with gross-out gags, it manages to be consistently laugh-out-loud funny over its 102 minutes. Even more refreshing than the lack of adult humor is the film’s complete disregard for mean-spirited humor. Characters are rarely made out to be the butt of a joke, and so much of the film seems to be about defying stereotypes without shame.

The “hard” prison chef Knuckles wears Crocs and reads the daily tabloid newspaper, while Mr. Brown (Hugh Bonneville) has an elaborate skin-care routine, but neither one is made fun of for these things. The script is tightly written, as well. Self-referential and filled with obscure Shakespeare gags, you wouldn’t be at fault for thinking that it was written by Edgar Wright.

This film has so many lovely elements on display that I haven’t even gotten to Hugh Grant’s performance, an Oscar-worthy showcase that simultaneously shows the actor having a blast and critiquing his own career and media persona. He plays Phoenix Buchanan, a “formerly great actor now doing dog food commercials,” desperate to return to his former glory through getting a one-man show. He’s the rare villain in a children’s film with actual character motivation, and his character is unique and genuinely well-written.

“Paddington 2” is proof that in a world of lazy sequels and forgettable kids movies, the idea of a film being “fun for the whole family” is still possible. It’s not overly serious to the point where it’s inaccessible to its target audience, or so goofy that it alienates adults. Like the marmalade sandwiches Paddington craves, it’s just right.