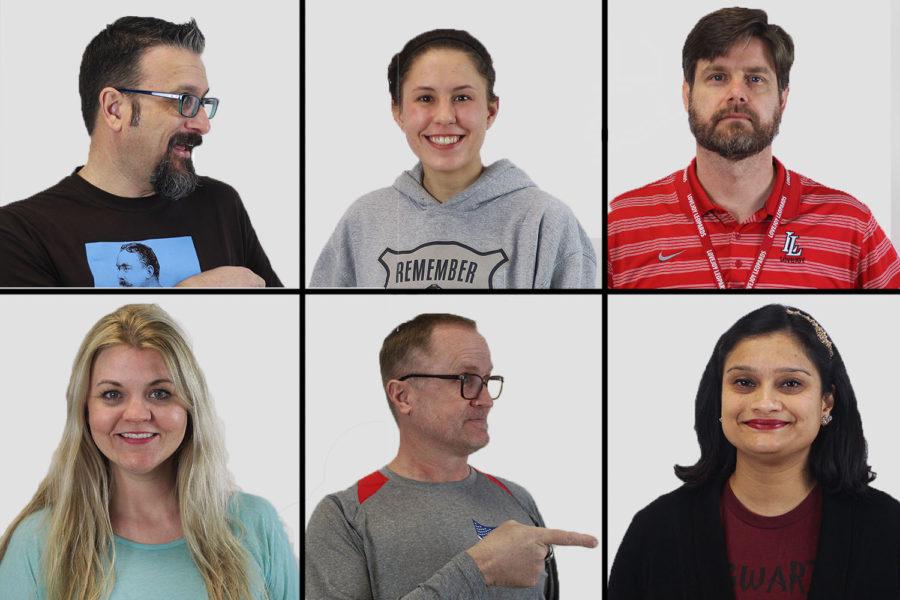 For her senior project, Meredith Ehlmann selects teachers to portray their college majors through an interprative dance video

At the end of her junior year, senior Meredith Ehlmann was hard pressed to find a remarkable idea for her senior project she hoped would impress the judges and leave an impact on someone. With inspiration from AP human geography and European history teacher Homa Lewis, Ehlmann asked 10 teachers to showcase their majors by creating an unusual music video of their choice. In addition, Ehlmann’s senior project is a fundraiser for the American Cancer Society.

“It honestly started out as a joke,” Ehlmann said. “Ms. Lewis showed me a video where teachers can dance their Ph.D. and master thesis, and we watched all these scientists dance about how they could synthesize a part of someone’s heart using an animal skin, and I was thinking how fun would that be if Lovejoy teachers did it.”

Ehlmann asked Lewis as well as teachers Ray Cooper, Deneen Christian, Darla Emerson, Emma McDonald, Jeff Roberts, Seth Sartain, Bryce Sawyers, Sadaf Syed, and Will Yaeger to interpretively dance their majors. They are competing against each other for a gift card of $50 to an establishment of their choosing. The videos will be voted on by viewers, and every vote for a teacher benefits the American Cancer Society.

“Each vote is like 10 or so cent[s], and it keeps adding up,” Ehlmann said. “There is also a place where people can just make donations [without voting].”

Ehlmann said the purpose of her project was to make the teachers’ majors known in a fun way while raising money. Ehlmann also had local sponsors, including Kelly Farms, the Chick-fil-A on Stacy Road Service King, and the McFaddens, who donated a flat rate to the American Cancer Society.

“I’m probably going to have a highlight reel of the best parts of each teacher’s video and then explain to the [voters] how the fundraising worked and then how much money we raised,” Ehlmann said.

Librarian Emma McDonald agreed to participate in Ehlmann’s senior project, although she is not completely sure how she is going to execute her video.

“Meredith just stopped by my office and asked if I would be willing to participate, and it sounded like fun so I said yes,” McDonald said. “One of my majors is English and the other is library, so it will definitely have something to do with books.”

Biology teacher Sadaf Syed decided to enlist the help of three current students who are on the Majestics team. The four danced her biology degree to “The Circle of Life.”

“I totally needed help because I couldn’t figure it out, and Meredith was kind enough to give me some ideas, and based on that idea I felt like I could do that,” Syed said. “Then the three girls and I came up with something.”

Ehlmann was Syed’s AP biology student when she was a junior. Syed described Ehlmann as an amazing student.

“If you are a teacher and you have Meredith Ehlmann, then you’re a very lucky teacher,” Syed said. “Not only does she care about learning, but she also has a very positive, happy attitude whether she is successful with something or isn’t, which normally she is successful. But even if something doesn’t go her way, she has such a positive attitude that I was just a person can learn from.”