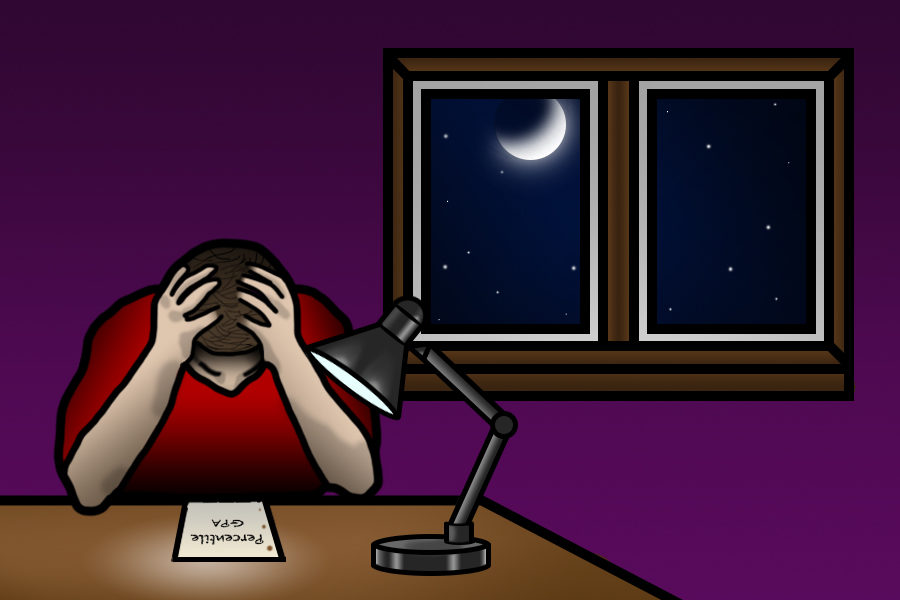 Many academically competitive high schools refuse to include one detail in their students’ transcripts: class rank. These schools do this because the majority of their students compete for hundredths of a decimal point in order to beat their peers, leaving some students to be affected by the consequences of a low ranking that is a mismatch to their GPA. So the question remains: why don’t we dismiss class rank?

Dismissing class rank would help students in a cut-throat academic environment compete with those who are ranked higher than them by just tenths of a decimal point.

Eliminating the ranking of students based upon GPA would allow students to not see each other as threats to their future education. This could alleviate some stress, as students would know they don’t have to compare grades with each other to see who ranks higher in GPA.

Southlake Carroll ISD and Highland Park ISD have eliminated class rank due to the negative impact it had on their students. Many similar schools have eliminated these academic standings and saw better results for students’ admissions into universities as a result. According to Highland Park High School, “students with relatively high GPAs often do not have high numerical class ranks. For example, out of a recent class of 462, a student with a GPA of 3.29 on a 4.0 scale would be ranked 350th in the class, according to the study. This relatively low-class rank could work against the student when his/ her college application is being considered.” Highland Park is often associated with Lovejoy in the matters of academic rigor, so adopting their class rank policy would have benefits for Lovejoy as well. Highland Park’s class rank policy was implemented in 2010 and has remained to be their policy. This clearly has advantages for their students, so wouldn’t it have similar success for Lovejoy?

Recently, the school weighed its options to see whether or not eliminating class rank would benefit or hurt students. “We’ve actually studied the class rank question twice before, and so there were some folks in the community that expressed interest for us to review that again, and that’s all we’re doing at this point,” principal Chris Mayfield said. “Last Monday, we had a panel [of college admissions people] come in.”

Momentum for eliminating class rank is growing nationwide. According to the National Association of Principals, “research indicates that up to 50 percent of schools no longer report class rank.”

Excluding class rank from transcripts holds potential difficulties for college admissions, as some Texas universities have warned that if class rank is not included on transcripts then the admissions offices might have to generate a ballpark number in order to determine a student’s class rank. This could, in turn, slow down the admissions process. However, taking away the ranking of students would force admission offices around the country to look at students more individually instead of numerically. This would shift the focus to a student’s overall character and achievements, instead of his or her ability to compete with others.

Administration might say that class rank provides students with healthy competition that pushes them to do their best. However, students are already under enough pressure from their parents and teachers to succeed in school in order to secure themselves a promising future. They do not need to be pitted against their fellow peers for additional motivation.