Review: ‘Pocket Camp’ offers modern spin on a classic, but with a short shelf life 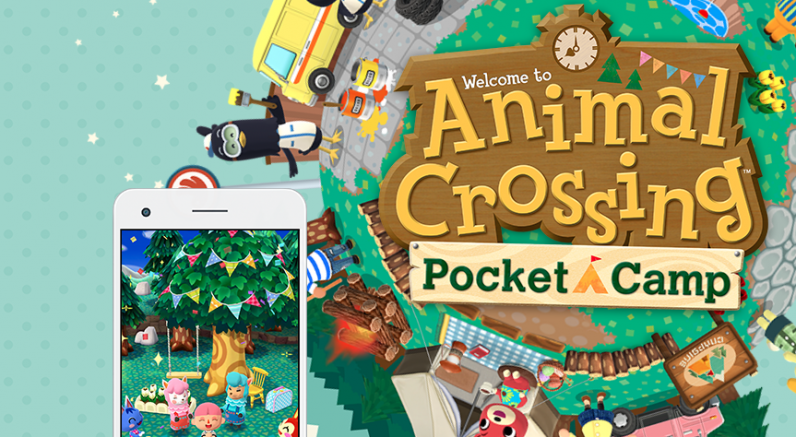 Courtesy of The Next Web.

A wave of nostalgia has come back with the release of “Animal Crossing: Pocket Camp."

If you grew up in the mid-to-late 2000s, chances are long, boring summer afternoons were often spent playing the Nintendo DS classic “Animal Crossing: Wild World.” The game focused on making a living in a small town, and its relaxing atmosphere and addictiveness made it a game that never got old, no matter how much one played it. Now, a wave of nostalgia has come back with the release of “Animal Crossing: Pocket Camp,” the series’ latest entry for iPhone, similar to last summer’s sensation “Pokémon Go!” in its mobility and the fact that it’s caught on as a cultural phenomenon.

In “Pocket Camp,” instead of moving to a new town or being a town mayor like in previous entries to the series, you play as the leader of a campsite. The setting of the game is smaller and more personalized than ever before, as players can almost completely modify what their campsite looks like according to their preference. This customizable aspect is excellent, as each of your friends’ campsites that you visit is completely different and unique. The game is still familiar to fans of the series, as it contains some of the same characters and locations as past installments, but is also distinguished by hallmarks of other iPhone games (instead of using only Bells as currency, players can use purchasable Leaf Tickets as well).

The multiplayer aspect of “Animal Crossing” has also never been better than it is here. Previously, to play with a friend who wasn’t nearby, one would have to wait up to 15 minutes to establish a connection and visit their town, with very little that can be done once you’re there. Now, it’s as simple as touching a button. There’s also more to do with multiplayer, as you can purchase items they’ve put up for sale and vice versa. Being friends in the game also helps to increase your level for the first time, which offers perks and unlocks more items to craft.

The game is not without it faults, however. Once you reach a certain level and have accomplished certain tasks, it becomes difficult to find interesting things to do in the game’s world. When reaching this point, one isn’t inclined to keep playing “Pocket Camp,” but instead to dig out their old 3DS and start up on the series’ last game, “New Leaf.” Aside from the convenient multiplayer aspects and simple, easy to use controls, there’s little that “Pocket Camp” offers that is done better than in “New Leaf.” This short shelf life is a massive drawback, but it can possibly be attributed to the game’s newness. It’ll be interesting to see how the game evolves in the upcoming months, and for the low price of “free,” it’s hard to complain.