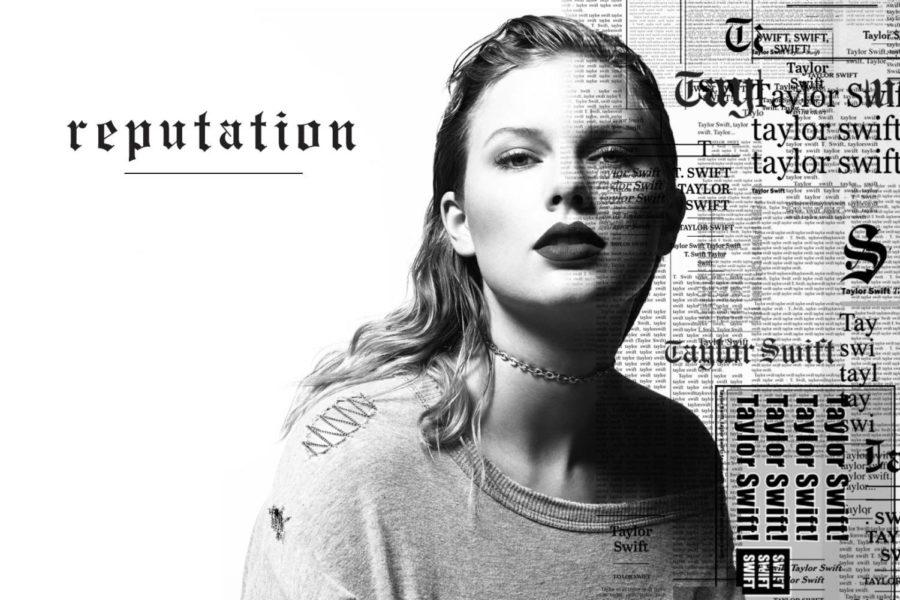 Taylor swift moves away from her traditional sound for a darker appeal in her new album.

After a nearly three year disappearance from the music industry, pop icon Taylor Swift is back and bolder than ever with her sixth album, “Reputation,” and one thing is clearer than ever: Swift is done with the tabloid drama.

In the harsh words of naysayers and critics, Swift found the inspiration for her latest reinvention. The singer has dismissed the negativity that has been directed at her for the past few years by taking the title of “snake” she has been branded with and crushing it beneath her feet. Gone are the days where Swift defines herself by the opinions of others.

Historically being a skilled lyricist, Swift doesn’t fail to impress with various tracks of introspective and insightful lyrics. Additionally, there is a noticeable increase in sexual and explicit topics that remind listeners Swift is not a 16-year-old girl, but rather a woman of nearly 30 who has experiences that line up with such an age. Listeners can expect subtle jabs at jaded exes and bitter rivals alongside surprisingly gentle declarations of love for her current boyfriend. From taking on quiet moments of simple romance to intricate and passionate love triangles, Swift builds narratives into her songs while also weaving in an overarching and deeper meaning: your reputation doesn’t matter as much as you think it does.

The variations of songs are compositionally interesting and pleasing to the ear. High energy beats like “I Did Something Bad” and “This is Why We Can’t Have Nice Things” are juxtaposed with soft and sweet ballads like “New Year’s Day.” This contrast leaves listeners feeling as if they have traversed through a lyrical story with all the conflicts, climaxes, and cool-downs of a novel or movie. Like always, Swift’s album is an experience.

While there are highlights to the album, Swift also falls flat in certain places. The second track on the album, “Endgame,” is one of the worst songs the pop singer has ever produced. Bringing Future and Ed Sheeran on board for this track, Swift attempts to create her first R&B/Rap song. It’s disappointing that she invited Sheeran back for such an underwhelming production considering the success she could have had in creating a ballad duet, as she has in the past. Swift’s take on rap is one that leaves you wishing she had never given it a shot in the first place.

Additionally, where they may have had the intention of adding a new twist to Swift’s music, the out of place voice-overs that pop into many of the tracks take away from the overall listening experience. With infamous lines such as “the old Taylor is dead,” the listener is interrupted from the interesting cadence Swift has crafted in the progression of her album. What once had the opportunity to flow seamlessly now feels slightly awkward and off-kilter.

Swift’s music, like always, is not for everyone. However, those harboring preconceived biases toward the singer should attempt to withhold judgment and give the album a shot. “Reputation” is an interesting and darker look into the pop star’s mind, and despite it being wildly different from her past productions, it still feels like a classic Swift creation.