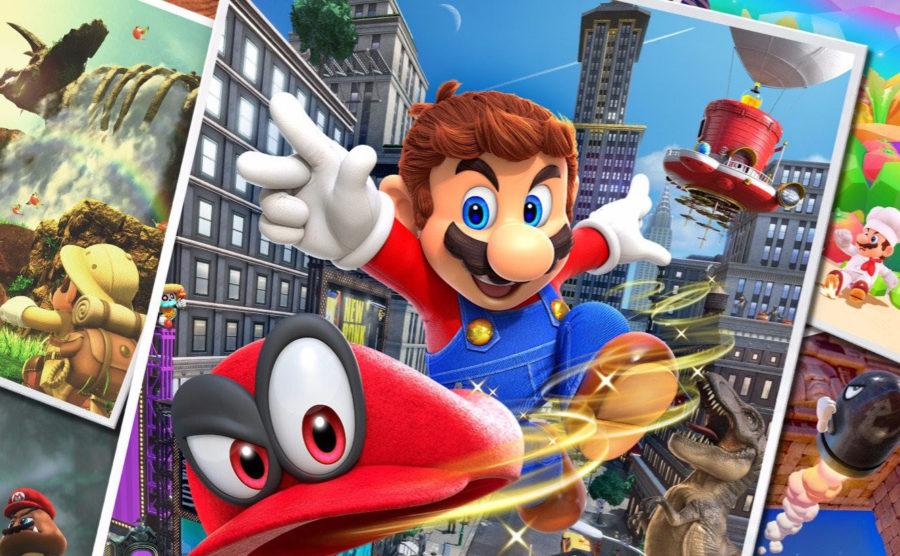 "Players are implicitly encouraged to experiment and take time to diverge from the linear narrative."

When I begin formulating my list of the most impressive feats of game creation, the customary titles spring to mind. “Ocarina of Time,” “Super Mario World,” “Super Metroid,” and “Earthbound” are products that rank among the highest order of creative endeavor. At this point, it seems commonplace for Nintendo’s newest installments to be thrown into this discussion, as embodied with the unanimous praise garnered for “Legend of Zelda: Breath of the Wild” earlier this year. Upon venturing into the world of Nintendo’s newest addition to the Mario franchise, “Super Mario Odyssey,” I can affirm that although the game is flawed in some respects, its best qualities help it contend with other Nintendo classics.

Personally, “Odyssey” joins the ranks of my favorite 3D Mario experiences, such as “Super Mario Sunshine” and “Super Mario Galaxy 2,” an accomplishment of large magnitude given the breadth of quality in Mario’s back catalog. The criticisms I come away with are rather subtle. The game follows the traditional, beloved plotline of Mario being expected to rescue Princess Peach from Bowser, all the while traversing from one tonally-unique dimension to another. Although I’ve come to long for a slightly more involved narrative, the game does not suffer from it and serves to motivate the player enough from the outset to explore.

From a control standpoint, I was pleased to see a merging of both old and new. Wall jumps, backflips, and ground pounds are as essential to gameplay as newly integrated motion controls. New to the series is the ability to possess both enemies and companions with Mario’s cap, which offers entirely unique game mechanics from one non-playable character to another. Another benefit of  this addition is the ability to attain certain collectibles exclusively through the cap’s abilities, which serves to provide  an entirely separate direction for players to immerse themselves in. This is potentially the game’s strong point, as players are implicitly encouraged to experiment and take time to diverge from the linear narrative. Though a few power moons and coins are easily attainable, I was impressed for the most part by the intricacies of certain solutions, which require expert puzzle-solving abilities.

Putting aside the complexities of the game’s “collectathon” approach, much of the disappointment I feel with the game stems from a general lack of difficulty, especially with the removal of the traditional life system. Instead of having a finite collection of lives, players can  now die without any consequence beyond losing coins. It’s an oddity to play through a Super Mario game without catching sight of a single green 1-Up mushroom, an element which has been a staple of the franchise. Historically, Mario has stood for being a rigorous platformer, but it seems that Nintendo is straying from that sense of difficulty in favor of a trial-and-error approach to exploration and collecting.

“Odyssey’s” art and score do not disappoint, providing a diverse sound palette in accordance with a varying  array of environmental colors and textures. The addition of some new activities to the framework, including network leaderboards, RC car racing, and jump roping, are welcomed additions. Additionally, “Odyssey” is host to possibly the first genuinely climactic ending in the series despite the predictability  it entails.

Nintendo simply has a knack for creating memorable gameplay, and the versatility the Switch provides in both a handheld and home-console capacity only enhances the experience. I look forward to future installments that live up to the standard which games like “Odyssey” enforce and maintain.