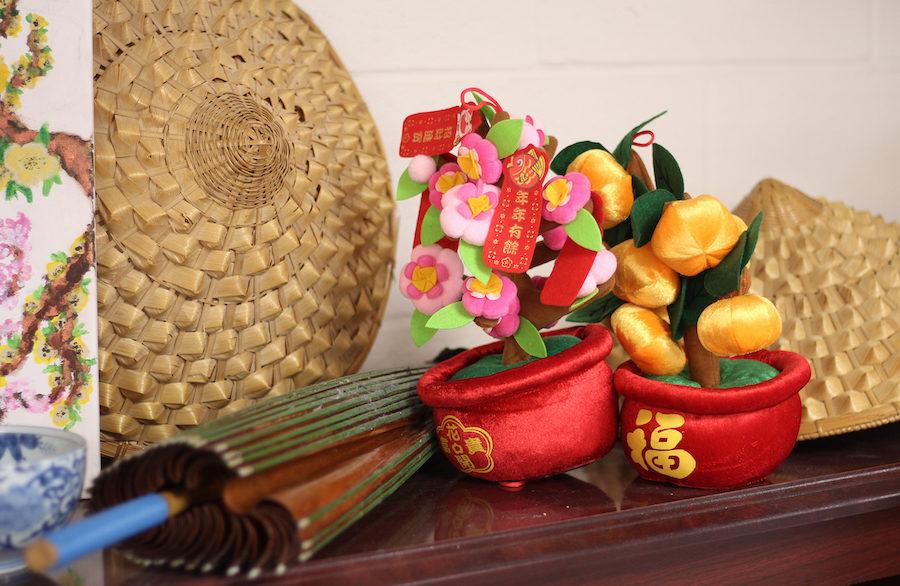 Chinese teacher Wei Shi is in favor of adding an Advanced Placement course to the Chinese curriculum at the high school.

Samantha Carter, junior and National Chinese Honor Society co-president, is currently taking her third year of foreign language like many other eleventh graders. But unlike other juniors taking French or Spanish, Carter will not be able to extend her high school foreign language career to the highest level of AP.

“Having a flexible and leisurely curriculum is nice, I will admit, but having an AP Chinese program will give us plenty more material to work with and a standard to try and live up to,” Carter said. “Chinese is a language I really love, and being able to take it my whole high school career and being able to have Mrs. Shi as a teacher again would be amazing.”

Carter, other current Chinese I-III students, and Chinese teacher Wei Shi have increasingly requested an AP course. Although the overall interest has not been high enough for the administration to add the course, this select group of students is truly interested in the Chinese language and culture.

“I have so many students that say, ‘We want to have more exposure to the culture, and we hope we have more chance to learn more things, but we only have 45 minutes a day,’” Shi said. “We cannot fully satisfy everybody’s needs. So, by having the AP Chinese program, we can definitely enrich students experiences of learning Chinese.”

Shi said that the administration has denied past requests to add the AP program due to the lack of interest from the overall student body and the smaller number of students in the Chinese classes. But Shi said she believes interest in the program is lower because students want a foreign language program with an AP level. By adding the AP class, it would increase the interest for students and help grow the overall program.

College and career counselor Mary Shaw spoke with three parents who had students interested in the course at this year’s junior and senior parent presentation.

“We don’t have the numbers right now, but we are really open to it,” Shaw said. “But as of now, there would only be three people in the class. We haven’t had enough [students] to make a class in the last four years.”

Shi said she has “at least five to ten” students interested in an AP Chinese class. The AP Chinese class would provide academic perks for prospective and recurring students.

“I think to have AP Chinese, first of all, it will motivate a lot of kids to take Chinese, and secondly, the purpose of having AP is for the students who are really advanced in this program,” Shi said. “They will have a chance to have a higher level of Chinese class, and it would help their GPAs in school.”

The lengthy process that goes along with bringing an AP class to life has also brought obstacles for the program.

“Our process for offering new classes is that the high school counselors and administrators conduct pre-registration in February/March each year,” Deputy Superintendent of Curriculum, Instruction, and Assessment Dennis Muizers said. “Based on student interest, the high school may determine there is a need to offer a new course and the new course request form is submitted to my office to determine the feasibility of offering the new course; will it require additional staff or materials or teacher training, etc.?”

Carter plans to have Chinese be her second major in college. She believes that filling in the gap between junior and freshman year of college and knowing more information would be beneficial.

“An AP Chinese class is important to the program because of that extra material,” Carter said.  “Not only is the class AP, but it’s a fourth year of the language, something else our program currently lacks. There is only so much you can teach in a Pre-AP setting, but adding that AP class will add so much knowledge, especially on the cultural side, as our current curriculum doesn’t focus much on culture. Without AP, Chinese students would have to learn using a computer program, which is not only far inferior to face to face teaching, but impractical when we already have a capable Chinese teacher.”

Carter believes that by adding AP Chinese to the program it will only change it for the better. She and the other Chinese I-III students want to ensure that the Chinese program can grow into a lasting legacy at the school.

“AP Chinese can only add to our program and change it for the better. Many students turn away from Chinese as their foreign language because we have neither a fourth year nor an AP class, which is quite saddening,” Carter said. “Not only that, but with an AP class, we will be shedding more light onto our Honor Society, which almost no one knows about. On top of that, many of the kids in the classes have been together since Chinese I, and there’s no better bonding experience than learning new things together.”