Volleyball to challenge Forney on homecoming 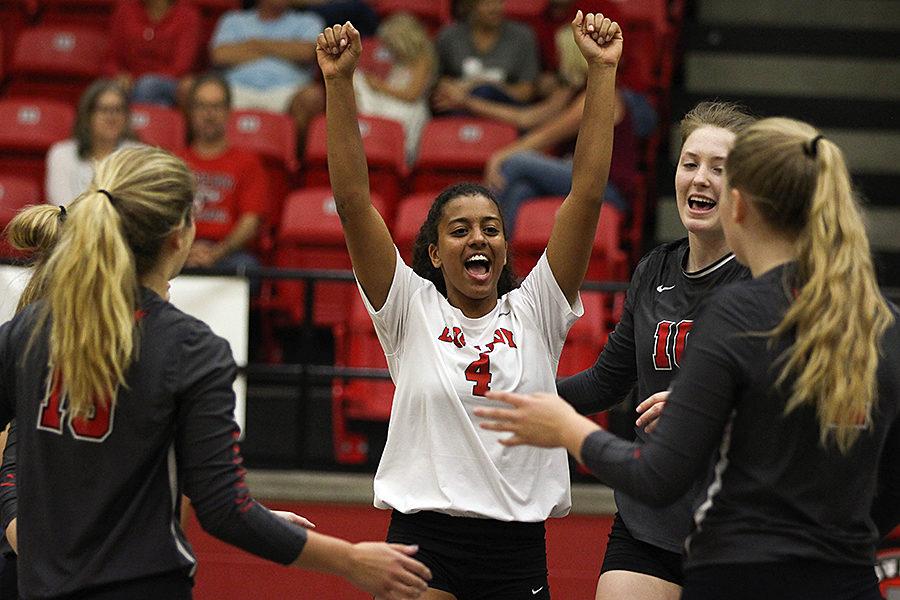 Senior Shanel Bramschreiber celebrates after an important point for the Leopards.

“Anytime you have a lot of activity going on at school, it’s always a little nerve wracking seeing what level of focus the kids have,” head coach Jason Nicholson said. “Sometimes it works in your favor and sometimes it’s a little bit of a distraction.”

To some players, homecoming can be used as a motivator, but to others it can interfere with their focus and mindset.

“I feel like [homecoming] strengthens [our play] because we are all so pumped for it and people come to our games to support [us],” junior Avery Elliott said.

Senior Shanel Bramschreiber says that homecoming week can be somewhat stressful, but sees it as a chance to step up their game as well.

“The entire week can kind of be at our disadvantage because our focus isn’t very clear with the dress up days and powderpuff,” Bramschreiber said. “At the same time, since it’s homecoming, we have to defend our court even more.”

Forney is ranked third in district and Nicholson said the better competition will be helpful before the girls face rival Highland Park, ranked second, next Tuesday.

“Forney is a good group, but I don’t think they have enough weapons to really get us,” Nicholson said. “I think the girls are ready to go. They know these next two are big ones for us.”