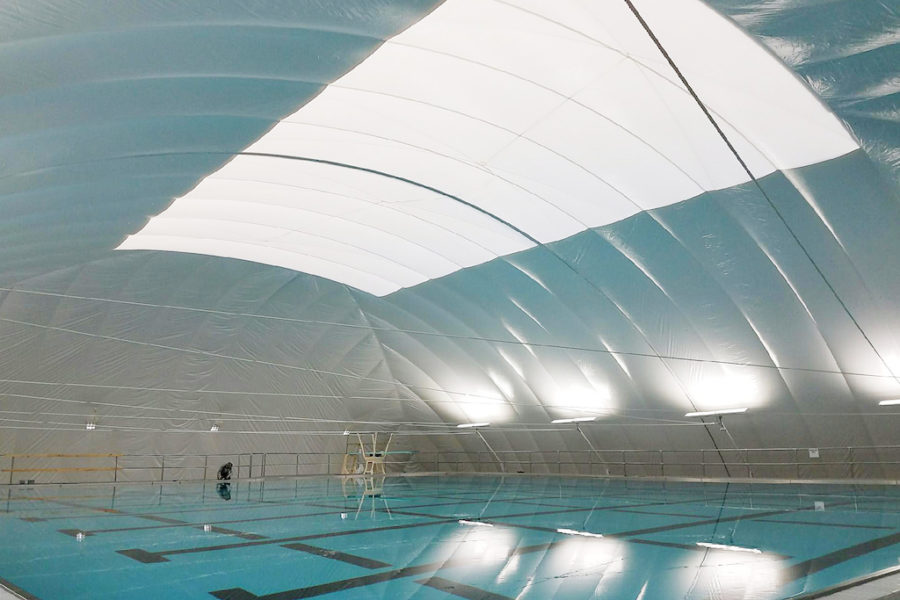 The presence of the districts new natatorium has motivated middle school students to tryout for the swim team.

With the new natatorium up and running, the middle school had a record number of students try out for the team this year at 105.

“The seventh graders saw [the pool] being built last year and that generated a lot of excitement,” head swim coach Matt Franks said. “[The pool] allows us more opportunities to develop our current athletes while at the same time recruiting more kids to the sport of swimming.”

Franks can take up to 48 swimmers, keeping the amount of seventh and eighth-grade boys and girls equal.

“The swimmers with the best technique and the fastest times during team time trials [this spring] will be the athletes that make the squad,” Franks said.

Junior Alex Burns fondly recalled her time as a middle school swimmer and said it helped to prepare her for high school swim.

“I feel like a lot [of the middle school swimmers] can [be successful in high school] if they work hard and get their technique down, so then when they are in high school they can work on speed and dropping their times,” Burns said.

Eighth-grader Alyssa Vaughn competes in club swim and has siblings who have all been in the swim program as well.

“I do think it is good that a lot of kids want to join the team because that means we have a higher chance at winning meets,” Vaughn said.

Burns said more kids in the swim program will make the program stronger and more competitive.

“I think [the expansion] will benefit us a lot because a lot of people didn’t even know that we had a swim team,” Burns said.

Overall, the swim team is set for expansion with the addition of the natatorium, creating a rise in the popularity of the sport at the middle and high school levels. The future of the district’s swimming program is a bright one according to Franks.

“I can see the team being a dominant force at the regional level and well represented at the state meet year in and year out,” Franks said.