A show of hope 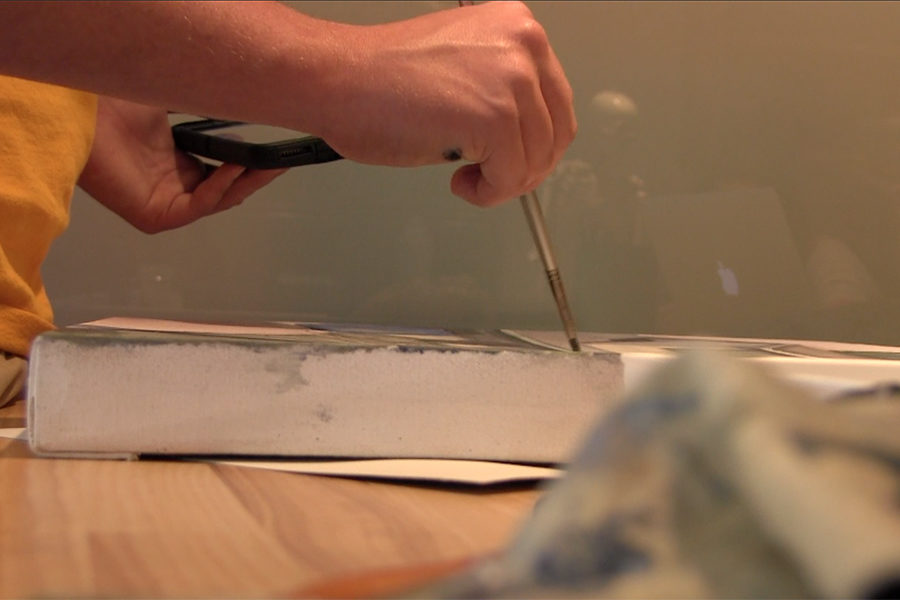 A charity exhibition benefiting those affected by Hurricane Harvey will be hosted by Lovejoy visual art AP studio students on Thursday, Sept.14 from 6-8 pm. The show will feature more than 30 pieces of student artwork that will be sold through silent auction to raise money for the victims of the hurricane.

“The show’s theme is the idea of water, not just as a sign of destruction that came with [Hurricane] Harvey, but as a sign of hope and all that can come from water,” McCasland said. “We look at the tragedy that is the hurricane and the subsequent flooding, and we also see through that there was a lot of hope and a lot of positive things happening and people helping each other.”

Every art piece, regardless of its interpretation or medium, “needs to have some sort of correlation to water,” sculpture teacher Jeff Seidel said.

“[The theme] could be loose, or it could be a concrete one,” Seidel said. “In my class, I’ve had some students represent things that look like they’re water and other things that would be used in conjunction with water. It’s a loose theme, but it’s there.”

McCasland said that the goal for his students was to bring out “deep concepts” in a variety of subject matter ranging from landscape to simple still life.

“We want work that will cause people to reflect on the fact that they gave to something bigger and something better to help other people,” McCasland said.

Seidel described the show as a “spur-of-the-moment idea.”

“We wanted to make it happen as quickly as possible so we can get the money in the hands of people who can make a difference,” Seidel said.

After the artworks are sold at the silent auction, the artists themselves will be allowed to choose which charity will receive the funds.

“Some could do Red Cross, some could do ASPCA, and they can select where the money goes from the sale for their item,” Seidel said.

One of McCasland’s 2D students, junior Katie Miller, already has a charity in mind.

“I’m going to be donating to the A&M Veterinary Emergency Rescue Team,” Miller said. “It’s a wonderful program in need of help, and it’s very important to me and also very evident in the work that I have at auction on Thursday.”

Both McCasland and Seidel have high hopes for the show, with Seidel hinting at a possible auction in the future for Hurricane Irma victims. McCasland stressed that the show was about more than just participation.

“I think that people will come,” McCasland said. “And I want them to come, but I want people to see the effort, love, compassion, and empathy for others that is being displayed through the artists in the studio. They are giving away work to help other people and going through the process of framing it, making it professional, and really giving you something to reflect on.”