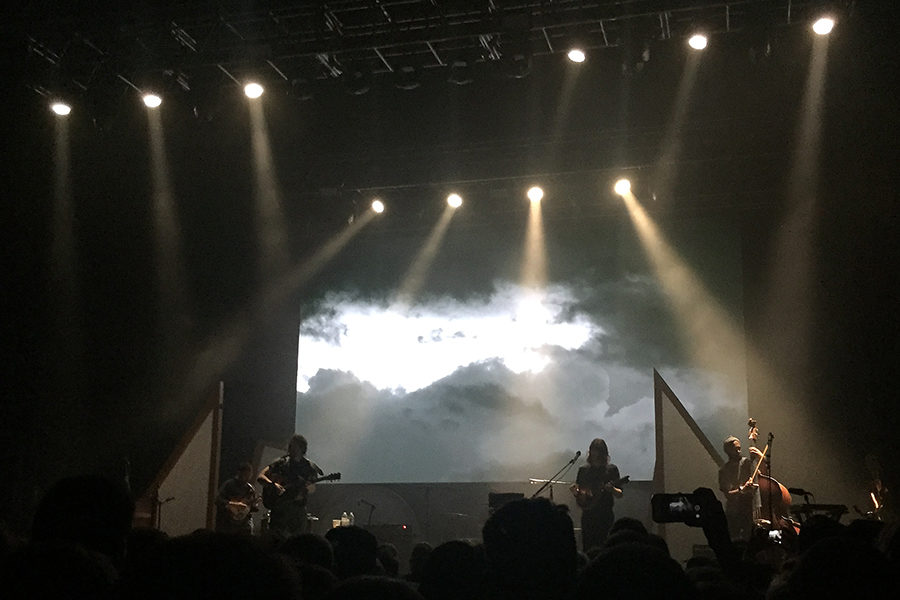 Fleet Foxes perform their most popular song, "White Winter Hymnal", during their concert at The Bomb Factory.

Since their inception in 2006, Seattle based indie folk group Fleet Foxes have delivered three nearly perfect albums: their iconic self-titled debut, 2011’s more melancholic, subtler “Helplessness Blues,” and this year’s impossibly gorgeous “Crack-Up.” And on Friday night in Dallas, they played the highlights from all three to a sold-out crowd at The Bomb Factory.

Before Fleet Foxes came out to perform, opening band Bedouin delivered a decent if unmemorable set that failed to fully capture the crowd’s attention, and toward the end of their  set it became quite clear who the crowd had come to see.

Entering to a pre-recorded horn intro, the band immediately dove into a stunning rendition of the opening suite from “Crack-Up,” complete with the lush orchestration present on the studio recording. They then played the more popular songs from their previous albums, such as “Grown Ocean” and “Ragged Wood.” The new material translated well to the stage, with extra touring members helping to replicate the songs as they sound on the album.

The band’s backing visuals were just as gorgeous as the music supporting them, and added an overall hypnotic effect to the show. Watercolor paintings and geometric patterns rotated on a screen behind the band, and colorful lights flashed in rhythm with the intense performance of recent single “Third of May.”

After a rather long set, the rest of the band left the stage while lead singer Robin Pecknold stayed on to take requests from the audience, and delivered stripped-down, acoustic renditions of songs by the band and also covers of other artists such as fellow folk singer Joanna Newsom. Finally, after Pecknold took some requests and chatted with the audience, the rest of the band returned for one last song, the closing title-track from “Crack-Up.”

Overall, the show offered an incredible set from one of music’s most consistent bands that showcased the group’s many strengths and the evolution of their sound over the years.