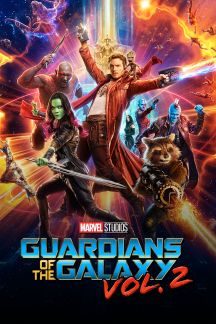 Joe Cross finds that "Vol. 2" can't meet the standard set by the original.

For a sequel to be great, it has to be able to stand on its own merits without entirely relying on the first. Classic sequels like “The Empire Strikes Back” and “The Road Warrior” do this perfectly; they expand the universe and story of the original film and can also function as stand-alone films.

But in recent years, the function of a sequel has changed from furthering the story of a film to taking the plot of the original film and putting it on a bigger stage, seen recently in “Pitch Perfect 2” and parodied hilariously in “22 Jump Street.” “Guardians of the Galaxy Vol. 2” does neither of these things. It doesn’t try to outdo the first movie, and it doesn’t add much to it, resulting in an exhausting movie that feels too much like the second part of a trilogy than its own film.

It should be noted that this is a weird, and oddly put together, movie. The plot is extremely loose and aimless until the last 30 minutes, with various subplots going absolutely nowhere, including one where a character played by Sylvester Stallone shows up for about two minutes and then disappears until the very end of the movie.

Tonally, it’s all over the place, awkwardly alternating between throwaway gags and moments of dramatic tension, as well as scenes where Chris Pratt feels extremely out of place. It constantly tries to find deeper meaning in its subject matter of a strained relationship between father and son, but never quite gets there.

The original film was remarkable because it was a breath of fresh air from the self-serious, formulaic superhero movies coming out at the time, being a space opera that was genuinely hilarious and exciting. Unfortunately, the sequel falls into the same cliches of other superhero movies the first managed to avoid so expertly.

The light-hearted charm of the first film is also missing here. Whereas Chris Pratt’s Peter Quill was an arrogant but lovable space explorer in the first film, here he’s just downright mean. The negative attitude extends beyond just Quill, though, as the entire film is surprisingly mean-spirited. Characters are frequently scoffed at, called names, and made fun of throughout, played off for laughs every time. This, combined with the inconsistent tone, result in a movie that’s just not fun to watch.

It has its minor successes, however. Visually, it’s a triumph, and is without a doubt the prettiest Marvel movie to date. The colors are vibrant, the stunning opening credits sequence is worth the price of admission alone, and there are some one-liners that are downright hilarious. Despite the stunning visuals synced to a great soundtrack, the constant barrage of 70s and 80s hits set to action sequences becomes tiresome early on, and parts of the film begin to feel like a high-budget music video.

“Guardians of the Galaxy” was a fun summer diversion, one that focused on a misfit band of lovable jerks. In its sequel, the characters are just jerks, and instead of leaving me smiling, I just left with a bad taste in my mouth.