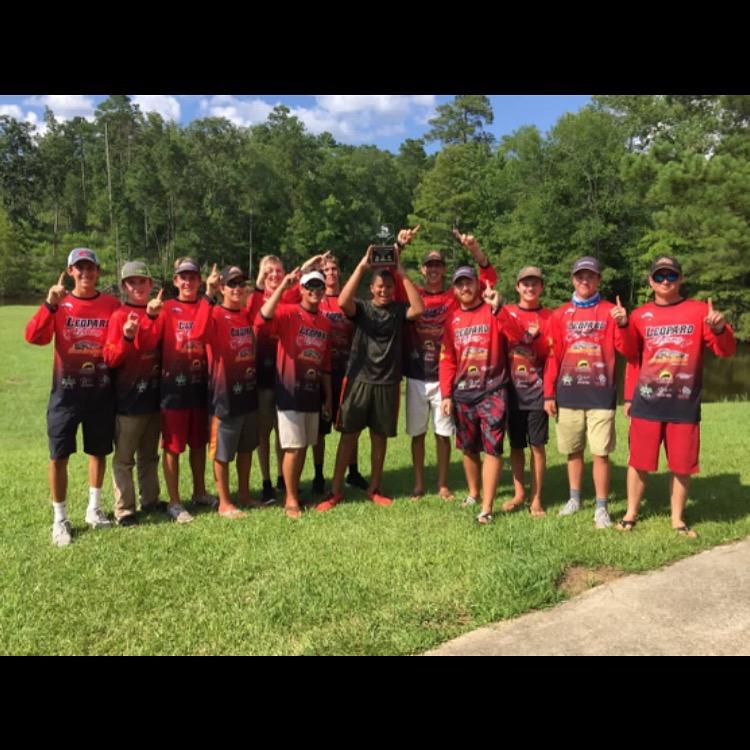 Among 250 other boats, the fishing team will carry their poles and bait for the 123-mile drive to Lake Palestine this weekend, participating in the Texas High School Bass Association West Division Regional Tournament. The regional tournament will serve as a stepping stone leading up to the state tournament, where the team has claimed state titles for two consecutive years.

Traveling to East Texas for the weekend, junior Dayton Thompson notes that lake location has consistently played a role in the team’s strategy.

“Larger lakes like Texoma or Toledo Bend provide opportunities for deeper water,” Thompson said. “Smaller lakes make it a lot harder to fish deep. Larger lakes also allow more space for the boats to travel without running into each other.”

Now traveling East for the regional tournament, the team will make a transition from the rockier terrain, such as that around Lake Texoma and Granbury, which they’ve grown accustomed to.

“Traveling East, we’re now focused on finding isolated patches of grass,” senior Hank Harrison said. “Timber in this lake plays a big role as well, and we’ve prepared for these factors by practicing in this lake beforehand.”

Harrison has familiarized himself with the competition, noting Aledo and Arlington Martin as particularly competitive opponents.

“If you eliminate the 30 percent who aren’t catching a fish, there’s a few teams you have to look out for,” Harrison said. “Generally, as a team you only need to catch two or three fish to qualify for state. That relieves a lot of stress for us in regionals.”

The team has its sights set on the state tournament once again, as junior Ethan Legare acknowledges the location of Ray Roberts Lake provides a golden opportunity.

“It’s one of Lovejoy’s home lakes,” Legare said. “It’s only an hour away and we’ve already started to put work into it as a collective. Some of us have grown up on that lake and we’re very confident around it.”

For Harrison, despite a 23rd place finish with his brother among 270 boats, the team’s previous outing at Lake Whitney was an underwhelming appearance.

“Due to busy schedules, a lot of us missed out on preparation for that lake,” Harrison said. “We had well surpassed the threshold for regional qualification at that point, so we weren’t too concerned with that meet in particular.”

Amid mounting pressure to repeat at the state tournament, Harrison admits an escalating rivalry with Aledo adds to the excitement.

“They’ve taken two tournaments from us by two or three points,” Harrison said. “They’ve become our top rival. If we place three teams in the top 20, however, I’m confident in the outcome.”