Fighting to the top 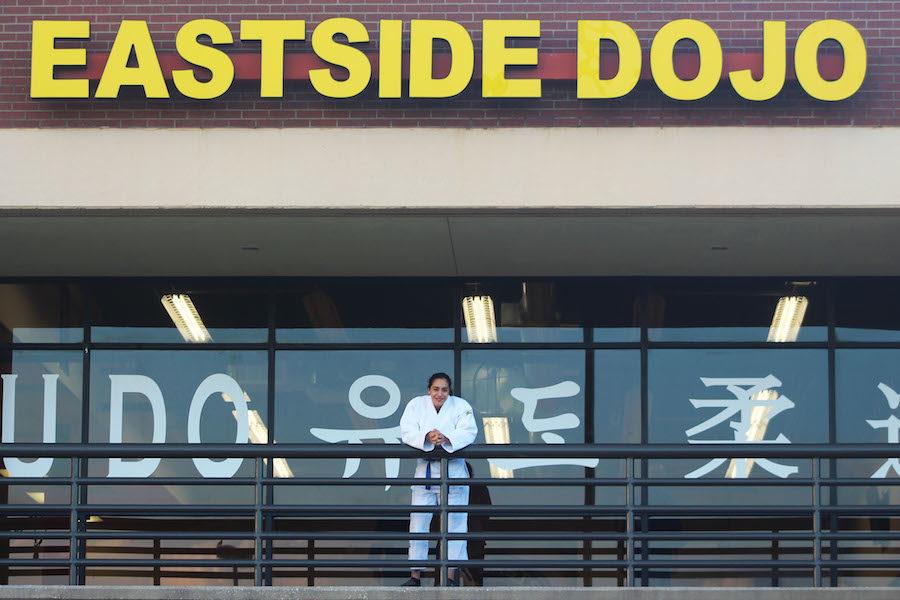 It sits above a Korean bakery.

Its floors are covered wall-to-wall in mats, with only a narrow strip left bare for sitting space.

The walls are home to just a few pull-up bars, and the ceiling is a patchwork of industrial lighting.

The humidity produced from the movement of everyone inside makes you damp and sweaty within minutes of walking in the door.

For freshman Alex LeFort, Eastside Dojo is her second home, and where she’s trained almost every day to secure her a spot at the Canadian Judo Nationals.

“Going to judo every day, people know me at this point because I’m always there,” LeFort said.

Although she was born in Canada, LeFort began her judo career at Cupertino Judo Club in Silicon Valley at around the age of 11 and is currently a blue belt. LeFort said at first, she wasn’t sure she would end up liking judo because of her parents’ pressure to pursue it.

“Basically, my dad wanted me to get into something for me to work out without getting my face punched,” LeFort said. “I remember I tried it out and I was really into it for a month,  and then I was like ‘I want to quit.’ My parents kept yelling at me not to quit, and at one point I started begging them to go to practice, and it spiraled into three years of judo.”

Although LeFort trained and competed in California, it wasn’t until she moved to Texas a year after that she said she started taking the sport seriously. Now, LeFort does two hours of judo classes and works out in her gym six days a week. LeFort also joined the district’s wrestling program starting in middle school, joined the Frisco Bombers Wrestling Club, and took up Brazilian Jiu Jitsu (BJJ) classes about five months ago, all to help with her technique in judo.

“Wrestling helped me realize how I need to base myself, body positioning, when I’m too forward, when I’m too back, how my opponent’s moving in response to that, how yanking and strength can help, and how it can benefit you and also hinder you at the same time,” LeFort said. “Once I incorporated that into judo, it helped a lot in just how I had to move the person to get what I wanted from them.”

LeFort has competed in both the 2015 and 2016 USA Judo Nationals, along with a variety of other tournaments across the years. LeFort placed first in the 2016 US Nationals, and she credited her success at most tournaments to the fact that she trains far more than other judokas.

“From what I’ve seen at multiple clubs, they train about two days a week and those people don’t tend to go outside of their club,” LeFort said. “So I have the cross training from wrestling, BJJ, and judo, and I’m training as much as I can as often as I can. Some people will take breaks, they’ll go long stints of going every single day, and then they’ll take a two month break and they’ll do that again and again. Or they’ll just go two days in a week, so that kind of prolongs it. There’s a lot of reasons, but honestly it just depends on how much work you put into it.”

“She’s very dedicated,” Musselman said. “In a single match I’ve never seen her just give up.”

Fellow judoka, wrestling teammate, and junior Maike Elsasser said the judoka personality is independent, determined, and deligent, and that LeFort matches this description.

“Alex can do it,” Elsasser said. “She gets so much support from her coaches, friends and the most probably her parents. She is probably the youngest judoka in the whole tournament, but that only shows how far she is.”