After an attack by an airborne creature, TRL's Mandy Halbert talks of her experience 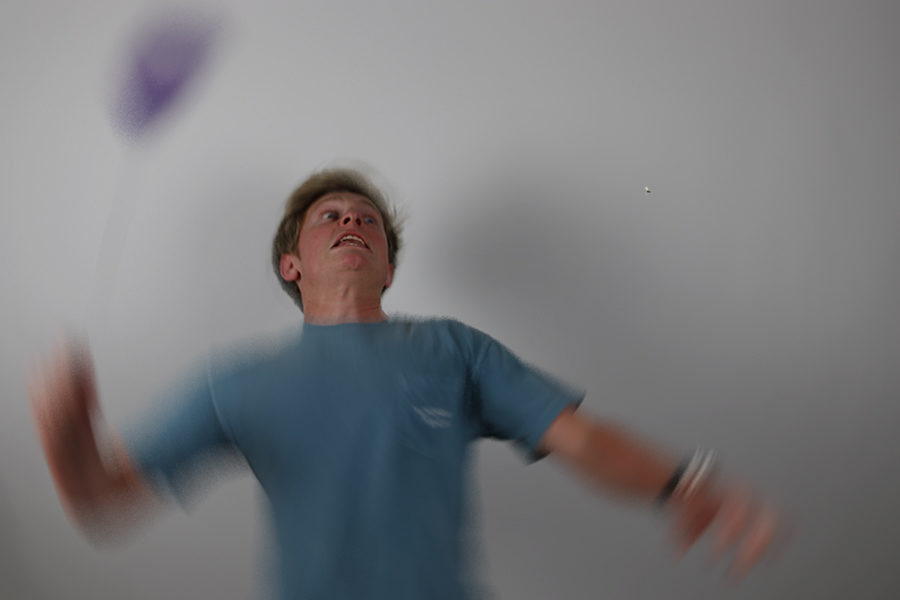 TRL's Nick Smith exhibits the emotional state Mandy Halbert was in when being ambushed by a fly.

Just like any ordinary morning, I was snuggled safely in bed, not a care in the world.

Until I heard it.

The quiet tap-tap-tapping against the window can send ice water through your veins. Shivers. Heart racing.

Before long, I knew he would infiltrate my home. I had to prepare to fight back.

Wrapped in darkness, I fumbled around for the light switch. In the process, I noticed something.

All was silent. Not a sound. Not even the tapping at the window.

Panic overtook me. I found the light switch and flipped it on.

There he was. My biggest fear. My greatest enemy. A living nightmare.

I sprang into action. I did what I knew I had to do. I launched the closest weapon I had, a dog-printed pillow. With masterful aviation, the enemy evaded my attack. So I did what any brave soldier would do.

I slammed the door shut and retreated. Even my own coordination failed me when I slipped on the stairs. Now my own home was attacking. It had turned against me. But with no time to assess the situation, I ran for my only ally. The Behemoth.

He was asleep in his cage, the only thing strong enough to contain him. I slipped the latch and he emerged from the entrance. He stretched and shook his shaggy coat.

I briefed him on his mission. He seemed to understand.

With a reassuring lick of my face, my 38-pound border collie advanced up the stairs.

When we reached the door, we prepared for an ambush. I turned the knob and the Behemoth burst through the door, seemingly ready to attack.

Except that he wasn’t.

The fly launched an aerial assault. He flew straight for my head at an impossible speed. I thought he had to be a mutant. In hindsight, he had probably just caught an air current from the ceiling fan spinning on high.

In a panic, I hit the floor and crawled out of the war zone.

Seeing that his surprise attack had failed, the fly landed on my windowsill. I told the Behemoth it was time to take action. He marched over to the window. This was it. It was time to end this fight.

Except that he didn’t.

This was the worst possible time for him to become a pacifist. He sniffed the intruder, wiggled his tail, and trotted out of my room. My secret weapon had failed me.

I’d have to win this fight on my own.

I ran to my closet and chose my weapon carefully. After about three minutes of deciding which shoe was my least favorite, I was prepared for hand-to-hand combat.

Armed with a worn out sandal and a ratty hand towel, I confronted my enemy.

I was terrified. I definitely had the size advantage, but he was faster and a skilled aviator. I decided it was time to face my fears. I planned my attack.

With a swift smack, it was over.

I basked in my own glory. I was the cold-blooded killer. The assassin. The deliverer of justice. The exterminator.

My pride vanished when I realized the bug was stuck to my sandal.

Out of honor for my foe, I decided to give him a proper burial. I scraped him off into the trash can and said my goodbyes.

Everything was back to the way it should be.

I walked the Behemoth back to his cage and shut the door behind him. He settled back down to sleep, and I decided it was time for me to do the same.

So I flipped off the lights in my room and snuggled back into the blankets.

All was quiet. I was safe.