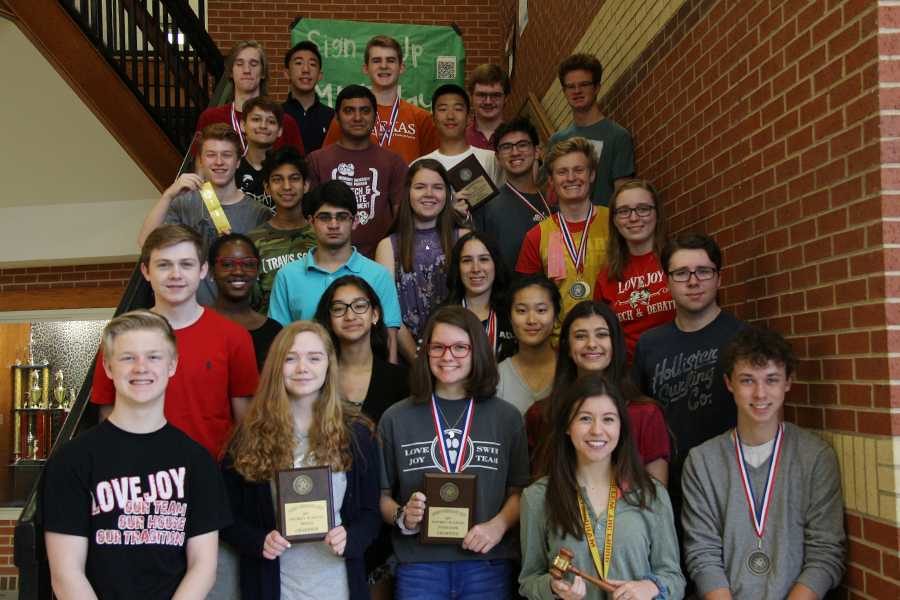 Medalists from the school's second place district academic team pose in the commons. Regional qualifiers will compete at Prosper High School next weekend.

After competing at the district 15-5A meet last weekend, the advancing students in the school’s academic programs are headed to Prosper High School for regionals on April 7-8. These programs include the speech and debate, ready writing, and computer science teams, and 18 students advanced to regionals after the team took second place overall to Highland Park.

“I’m excited to compete at regionals with my other LD debaters because we all work together against rival schools and are eager to move on to the next level of competition,” Hager said.

Stockton said she was surprised by her win in Ready Writing.

“I really didn’t think I’d get too far, much less end up placing first in districts,” Stockton said. “I’m really excited to have made it this far and can’t wait to give it another shot at regionals.”

Here are the full results from district.