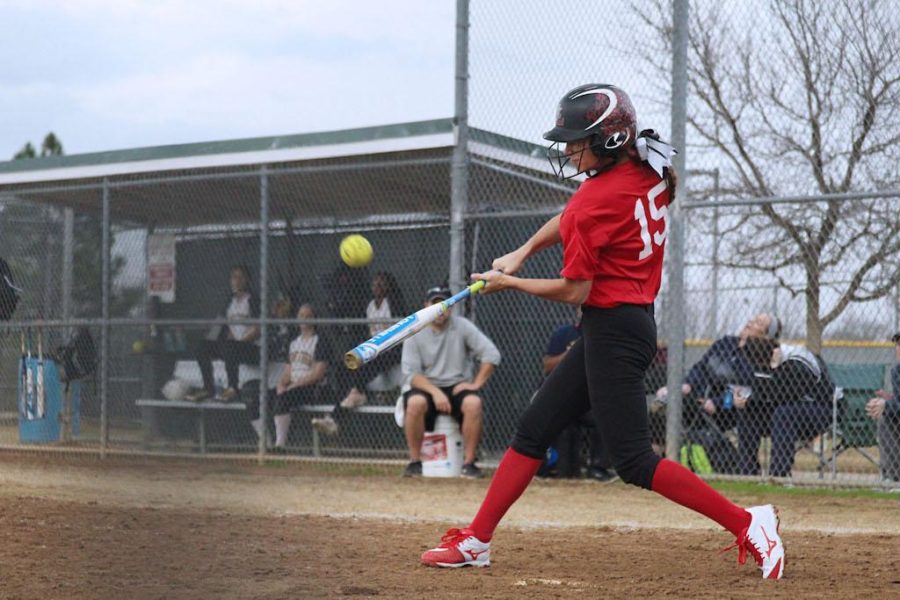 “There’s currently three teams tied for first with a 4-1 record and two teams only one game back,” head coach Jeff Roberts said. “It’s very close between the top five teams right now and with only four playoff spots it’ll be a pretty good fight. Poteet tomorrow is going to be a great opponent and their record does not reflect how good they are. They are better than 3-2.”

Poteet senior Mya Stevenson, committed to the University of Virginia, continues to be a dual threat for the Pirates after pitching a no-hitter Tuesday against Royse City, in addition to posting three RBIs and a home run. Roberts said Stevenson should prove to be the girls’ biggest challenge Friday night.

“She is, if not the most powerful hitter in our district, then one of the two including our own Alyssa,” Roberts said. “She throws a rise ball and mixes in and out, has a little bit of an off-speed pitch as well. We’ve got to layoff the pitches we can’t hit and go after the pitches that can make us successful. Defensively, we have to pitch well and limit her opportunities.”

Aside from the MaxPreps All-American, Roberts’ biggest concern heading into the game will be how the team is faring mentally after the loss to North Forney on Tuesday. The girls held a 13-4 heading into the bottom of the fourth before the Falcons rallied with 12 runs to win the game 16-14.

“Our pitching did not come through like we needed it to; I can’t put it more clearly than that,” Roberts said. “There was no reason for us to lose 16-14, but we did some things that were out of the norm for Lovejoy softball. I don’t think it was a case of not trying hard enough nor not having enough ability, just some mental errors that cost us big time.”

Being only the third loss of the season, Roberts said it’s important for the team to avoid compounding mistakes, a matter that depends entirely on how the seniors react to the pressure.

“Your leaders are not just your coach; your leaders are the kids on the field that everybody looks to, and often the team’s play is reflective of how they act,” Roberts said. “Our seniors our doing everything they can and are fighting hard, I believe. We just have to move as a team in one direction. Our team is a chain and we can’t have cracks start to appear in it.”

As for Emily Weichel and the rest of the senior players, the loss presents an opportunity to own up to their mistakes and work on them in order to realize their full potential.

“I think it’s just a reality check and we know that we’ve got things to work on so we’ll work even harder,” Weichel said. “There’s not really one specific area we just need to tighten up certain things on defense and situational hitting, things we’ll definitely be working on in preparation for Mesquite Poteet.”

The softball team was ranked second in the state behind Richmond Foster (16-1) in the latest Texas Girls Coaches Association poll and third in the area by Greg Riddle of the Dallas Morning News, behind reigning 5A champ Birdville (14-3-1) and district opponent Forney (20-1, 4-1).

“The pressure is definitely there, but if we just keep doing what we are doing, work as one team, and take it one game at a time, we will succeed,” senior Alex Bellows said.