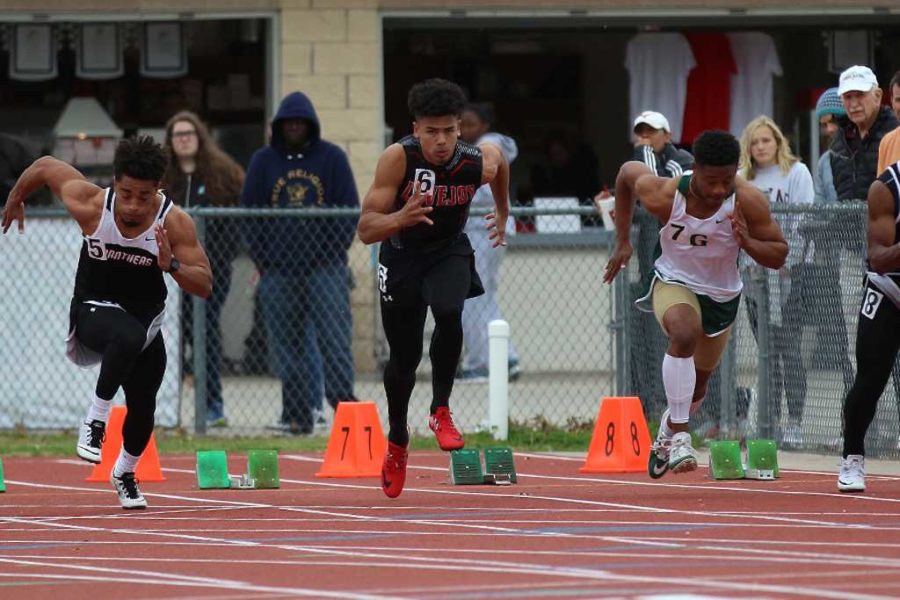 The boys and girls distance runners will compete at the Lovejoy Spring Distance Festival this Saturday. The temperature will reach a high of 70 degrees during the meet along with a 60 percent chance of rain and thunderstorms.

Over 25 teams will head to the high school to compete this weekend including Prosper, Plano East, McKinney North, and Cedar Park.

“Carson has a strong shot at winning the 800 this year in the district meet and the other three should hopefully place well in the 3200 at the district meet,” girl’s track coach Logan Kelly said.

Kelly has high expectations for his team this year.

“This year’s team has a great deal of depth in some areas we have been lacking in the past,” Kelly said. “Our goal is to win the district championship and to do so, we will need to be as deep as possible for each event at the district meet.”

Last weekend at the Lovejoy Invitational, the girls and boys teams had a lot of success. The girls team finished in second place, losing by only one point to Lewisville Hebron.

“For hurdles we return juniors Juliet Franz and Grace Ridgeway,” Kelly said. “Both are ranked in the top for 5A girls in the state.”

Junior Chase Van Wagoner finished first in the 100 and the 200 and sophomore Jake Chamberlin finished fourth in the 400.

Sophomore James Rainey took third in the shot put and discus and senior Katie Hale finished second for the girls in the shot.

Coach Vince Hernandez said the throwing events will be a strength for the team when district rolls around.