Girls basketball to play Lone Star in area round of playoffs 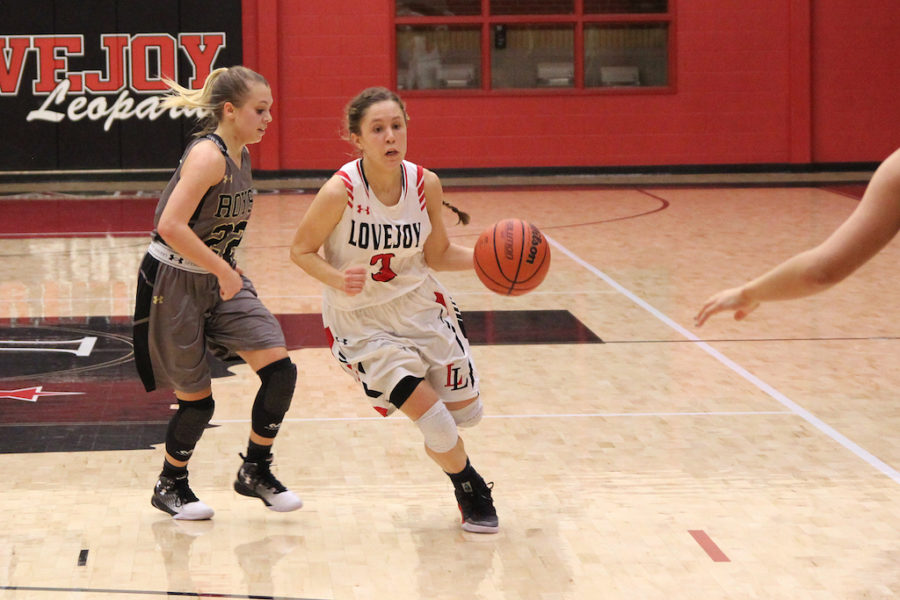 The girls basketball team (25-8) will travel to McKinney Boyd High School to take on Frisco Lone Star (24-6), ranked 7th in the state by the Association of Texas Basketball Coaches, in the area round of the UIL 5A playoffs on Friday night at 7 p.m.

Lone Star finished tied for first in District 13-5A with #6 Frisco Liberty going 13-1 and defeated McKinney North 64-39 in the first round on Monday.

“We know that we are the underdog going into the game,” head coach Lance Boxell said. “We will need to value the basketball by limiting our turnovers and find a way to keep them from getting second chance points.”

The Leopards will be on the lookout for Lone Star junior guard Mallory Adams, who has been the leading scorer for her team this year, averaging 19 points and nine rebounds per game and has scored at least 20 points in three of her last four games. Lonestar sophomore forward Adryana Quezada has also been a key part to Lone Star’s success, averaging 10 points and seven rebounds this season.

Junior guard Kim Lyne said their team has been working hard this week to prepare for Lone Star.

“We are making sure we execute our offensive sets and play good defense so we can be confident and positive as we go into this game,” Lyne said.

On Monday night, the Leopards defeated Mount Pleasant 53-46 in the bi-district round. Junior guards Taylor Meixelsperger and Kaylee Rekieta combined for 42 of the team’s 53 points.

“I think our determination helped us win the game because we were behind for the majority of the game,” Meixelsperger said.

Boxell was pleased with the team’s performance in light of the fact that none of his players have much playoff experience.

“Going into the game, none of our players had ever won a playoff game so it would have been easy for our players to panic once we found ourselves down by double digits in the first half.” Boxell said. “But our girls kept fighting every possession and we found a way to win a game that we trailed for 28 of the 32 minutes.”

If the team defeats Lone Star, they will advance to the regional quarterfinals where they will play the winner of The Colony and Highland Park, who finished tied for first in district 15-5A with Wylie East, on Feb. 20 or Feb 21.