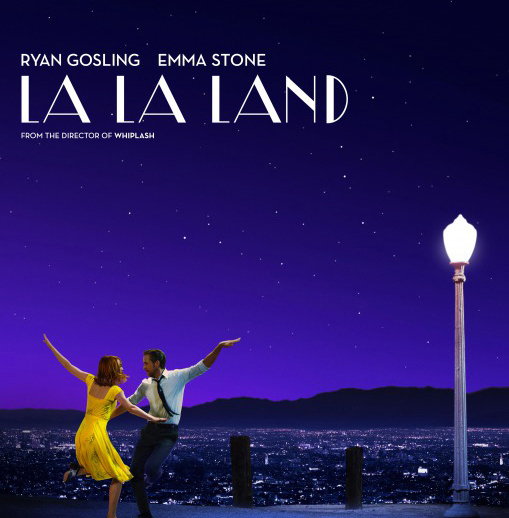 With his newest film, “La La Land,” director Damien Chazelle (“Whiplash”) asks the question: “What happened to the movie-musical?” During the genre’s heyday in the 1950s and 60s, movie-musicals were as popular as superhero movies are now, with classics like “Singin’ in The Rain” receiving critical acclaim and commercial success. But in the past few decades, the once-prominent genre has seen almost no new features that weren’t originally stage-musicals, and has virtually disappeared from theaters entirely. If the sheer ambition of “La La Land” doesn’t bring a revival to the genre, at least Chazelle has given us a future classic of it, one that pays homage to its predecessors while still managing to feel entirely fresh.

“La La Land” follows Sebastian (Ryan Gosling), a jazz pianist, and Mia (Emma Stone), an actress, as they try to achieve their dreams in a city where nothing feels impossible. The film’s title serves as a double-entendre, referring obviously to Los Angeles, but also to the idea of being out of touch with reality, a concept explored both through the film’s recurring themes of achieving greatness and through its surreal, dream-like imagery. It’s not an accident that the majority of the film’s musical elements and elaborate numbers take place in the first half while the second half is more grounded in reality.

The film also succeeds as a musical, as the original music is excellent throughout. The soundtrack is upbeat and jazzy while also referencing movie-musicals of the 50s by having more traditional, orchestra-based songs as well. The risk of having only original songs in the movie pays off solely because the songs are memorable, catchy, and genuinely well-written.

Any flaws in the film lie in the middle, where a sub-plot involving a former friend of Sebastian’s, Keith (played by John Legend) and his jazz band, takes up more screen time than it needs to, as it takes away from the main plot of the film without being interesting enough to truly justify doing so. But this is more than made up for by the film’s spectacular final 20 minutes, which contain one of the best sequences in film in recent memory, one that elevates the film from being just good, to a truly great movie.

La La Land is one of the great films about LA, one that stands out for choosing to portray it in a positive light, unlike other recent films like “Nightcrawler.” “La La Land” chooses to look at it as a city of dreams, where young ambitious artists like the two protagonists and even Damien Chazelle himself go to chase their lifelong goals. It’s refreshingly free of cynicism, without being unrealistic, and treats its characters with respect instead of looking down on them for having high aspirations. Most importantly, it’s a film that reassures its audience of the power movies can have on them, and a reminder of why we go to see them in the first place, to watch our hopes and dreams projected onto the biggest screen imaginable.