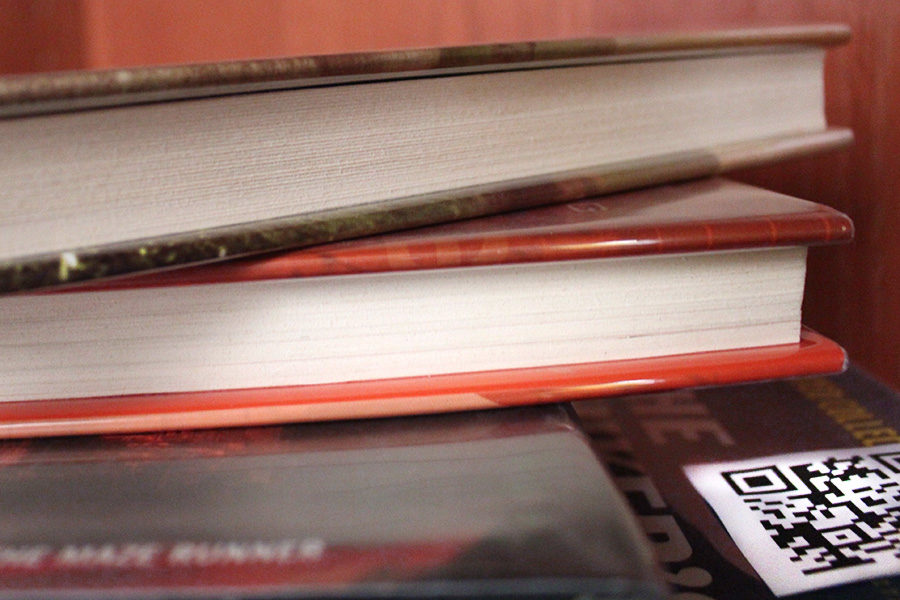 Connecting students to each other and the school through a learning adventure is the goal of the “Knowledge Avengers” game, currently underway in the library.

Knowledge Avengers is a live-action interactive game where students compete in a variety of online activities using Google Classroom, such as trivia and library knowledge challenges, as well as hidden “Easter Eggs.” Students can earn points and will be able to fight for a place at the top of the leaderboards with the points they collect. As of Wednesday, Sept. 7, over 286 students have signed up to compete, including almost the entirety of the freshman class after their library orientation visits.

“I’m hoping that it’ll get people that aren’t really into reading [to enjoy reading], and they’ll look around the library and find something they like,” freshman Alex LeFort said.

The competition, which will last until the end of the school year, is in its first few stages. Depending on the outcome of the Book Fair at the end of September, the top three overall winners will have a chance to receive a Chromebook or Kindle. Smaller prizes such as gift cards will trickle down in the ranks, McDonald said. Aside from her high hopes for the Book Fair, McDonald has her mind set on one objective for the competition.

“My goal is to get students more interested in using the library and in exploring what we have here,” McDonald said.

“Sometimes, I think we have this idea that activities are only centered around athletics or fine arts,” Todd said. “So I think it’s important for people to explore different things that they might be good at.”

As the Knowledge Avengers continues, McDonald said she hopes to get student input using Google Classroom in order to improve the game, as well as including real world challenges, such as ones that will help students express their thoughts on the upcoming presidential election. McDonald is focused on how her game will leave a lasting impact on a variety of students on campus.

“There are lots of different ways to get involved in school: in sports, in fine arts, so this is just a way for those students who are a little more academic,” McDonald said. “To me, it’s almost like a merger between the academics and gaming. So instead of thinking of these two separate things, we can put them together and have fun while we learn.”