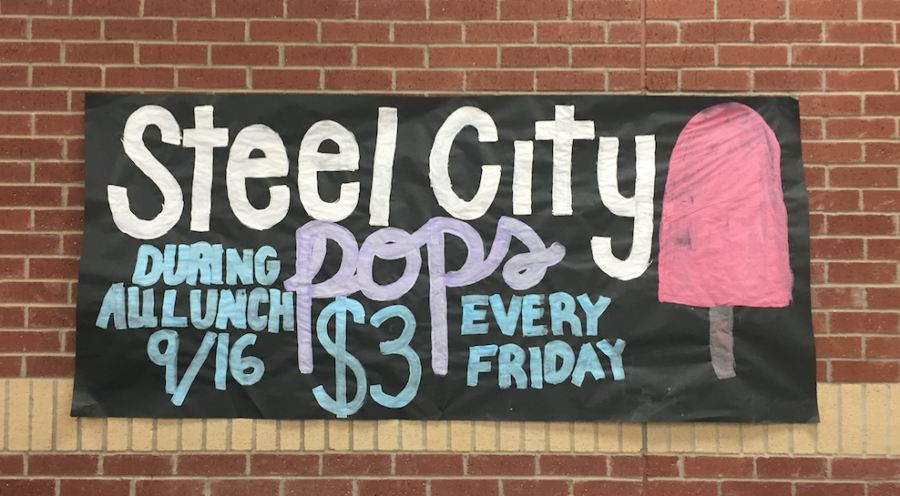 The 2017 prom committee will be selling Steel City Pops during lunch each Friday in attempts of offsetting the costs of the event.

A local to the Dallas area, “Steel City Pops” will be heading to the high school for the next few Fridays to serve some poppin’ new treats to fundraise for this year’s prom.

“[Students should buy Steel City Pops at school because] first of all, they’re delicious and amazing, but when the profit comes back to us and benefits the students I think it’s always a worthwhile purchase,” student council teacher Theresa Dollinger said.

The prom committee, composed of junior class members, has decided to raise money for prom by selling these popsicles every Friday in the cafeteria during B and C lunches for $3 until April.

“Every class is supposed to raise money for prom in order to pay for the venue, and really the down payment has to be done about a year ahead of when we want to schedule prom, so to get the down payment done we need some extra money,” Dollinger said.

Senior Noelle Franz has visited Steel City locations before and is excited about the chance to buy a pop at school.

For more information on Steel City Pops, check out their website and use the hashtag #Pops4Prom with social media posts.