Debate hopes to make its mark in Midway 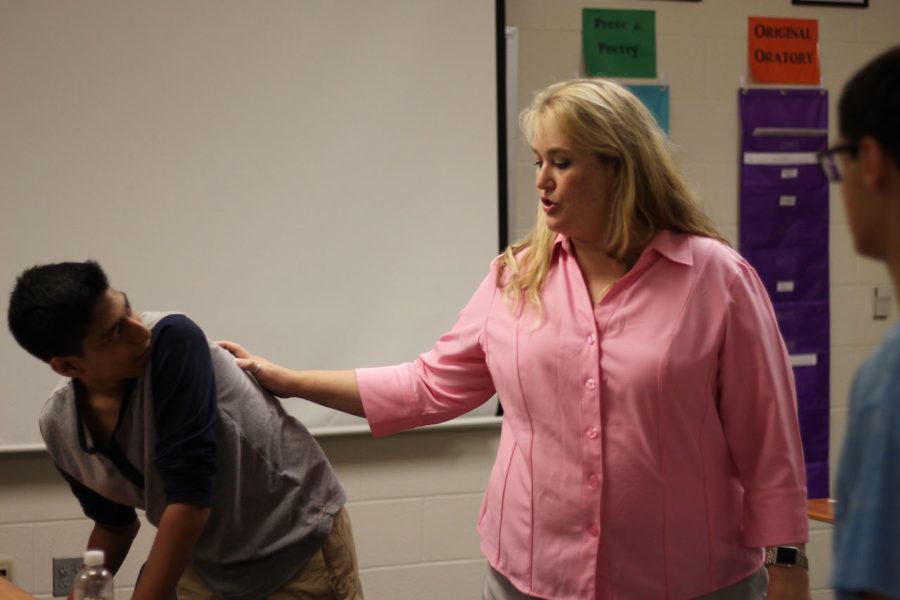 The varsity debate team will travel to Midway, Texas to compete in their first tournament of the year on Sept. 3.

Standing in front of a crowd would be a classroom nightmare for most people, but for varsity debate students, it’s a competitive sport.

The varsity Lincoln-Douglas debaters are travelling to Midway, Texas, for their first tournament of the year on Saturday. The students will spend all day debating other schools with the goal of improving their skills. Going to tournaments early on in the year is considered important for the students, debate coach Tami Parker said, because it allows them to accumulate more points throughout the year.

“The earlier they start going, the more tournaments they have an opportunity to go to,” Parker said.

In debate, it’s important to get experience through the tournaments, so that a student can know how to improve themselves in later competitions.

“Practicing in class only takes you so far,” senior Mason Roland said. “You have to go to debates and get utterly destroyed by people better than you, so you naturally learn more.”

The varsity debaters have been preparing for many months to be able to compete so quickly after the beginning of school.

“We started last year, and then they worked over the summer; many of them went to camp,” Parker said.

However, even if the students in varsity debate have prepared for years, the beginning of the school year is just as hard for them as it is for all students. Getting into the routine of the tournaments will take a while.

“There’s always a ‘getting back in the tournament mode,’ and you can prep all summer still, but hopping into that first tournament and going back-to-back-to-back rounds is hard,” Parker said.

Senior Connor Redding said he’s prepared for the tournament this weekend, and added that the expertise he’s accumulated has helped him outside the debate room.

“[Debate] let me educate myself about world events,” Redding said. “[Tournaments] allow me to use the knowledge that I gained from class and talk to other people about it.”