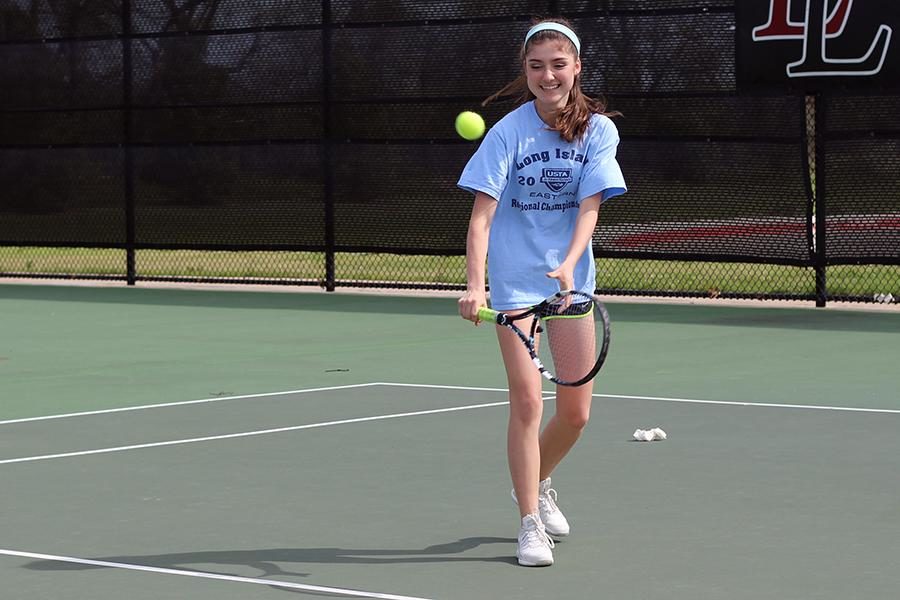 Sophomore and state qualifier Daniela Benigno hits with her teammates during practice.

Two of those seven players, Cole Bennett and Daniela Benigno, have earned an opportunity to play in the state tournament after successful matches of regional play.

“We qualified two players to the State Tournament,” head tennis coach Adam Cherry said. “The mixed doubles team of Cole Bennett and Daniela Benigno finished 2nd in the Region 2- 5A tennis tournament which earns them the chance to compete at the UIL State Championships on May 16th and 17th in College Station.”

Multiple other Leopards who competed were on the brink of qualifying for the state tournament. The girls doubles team of Caroline Burkhart and Abby Sibson finished third in region 2- 5A, and Brittani Brooks finished fourth in girls singles.

In the fall and winter season, the Leopards will start back up competing as a whole team against other schools in the new district, but for now, Cole and Daniela will play as a mixed double team in College Station at the state tournament May 16 and 17.