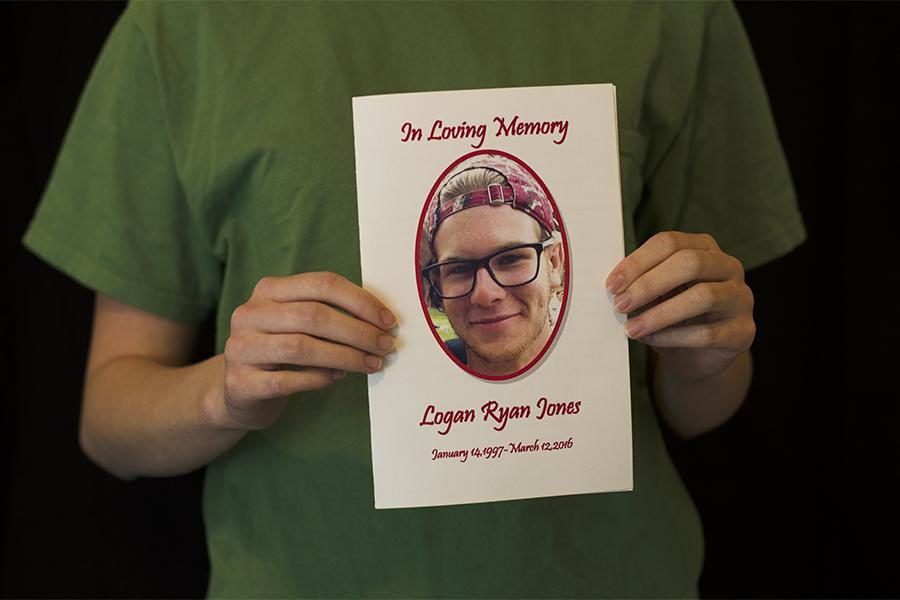 Following the recent loss of a friend due to cancer, staff reporter Mandy Halbert and other Meadows Baptist students wore their friend's favorite color green on March 13. At Relay for Life on Friday, Halbert will wear her green shirt again as she reflects on the loss of life and the need to combat cancer.

“They lost him last night.”

These were the words that turned my world upside down.

On the outside, Logan Jones had curly blond hair that he wore in two long braids, dressed in colorful and uncoordinated outfits, and had the ability to fill an entire room with life. On the inside, cancer was slowly taking over.

The Friday before spring break, all students looked forward to a week away from the stresses of school, but for me, I apprehensively waited for word on Logan’s condition.

It was fourth period when I received the news. My friend was in critical, but stable condition.They sent out information of his diagnosis: leukemia.

I continued my day at school as normally as I could, but I could never escape the fear that Logan wouldn’t make it.

I told myself, “He’ll be alright. He can do this.” Little did I know, in Baylor Medical in Dallas, my friend was experiencing organ failure.

When I got home, I heard about the complications. They had sedated him and given him a breathing tube and a feeding tube to allow his body to rest.

It was impossible to hold in the tears any longer.

Logan’s friends met at the church that night to cover him in prayer. For hours we prayed and cried and begged that he would recover.

We learned that Logan had probably had cancer for over a year, but had no symptoms. His blood was so full of white blood cells that it was as thick as syrup.

They put him on his first round chemotherapy that night and planned to give him another the following day. He was stable and things seemed to be improving. For the moment we were all relieved.

On Saturday morning, Logan’s family gave us the news that he was still in stable condition and that the doctors were confident that the treatment would work. I was grateful for the good news.

However after lunch, I received one of the worst texts I could imagine. Logan’s heart had stopped and he was put on a machine that would pump his blood.

We did not get more information until that night around 11.

My heart shattered. I hurt in a way I had never experienced.

He couldn’t be gone. That wasn’t how it was supposed to end. I couldn’t have lost my friend to cancer.

He was only 19 years old. He was full of happiness and energy. His kindness inspired everyone he knew to reach out to others. He was a diehard fan of Alabama football and commonly yelled “Roll Tide.” He was famous for his baby blue blazer and maroon shorts. His hair was curly and hung down slightly past his shoulders. But above all these things, Logan will be remembered for the way he loved people.

Logan was not afraid to tell people that he loved them. He cared for his friends, family, and even strangers in a way that I have never seen. He taught me to never hold back. He taught me to love without fear. He taught me how to be a friend, and for that, I will never forget him.

As Relay for Life arrives on Friday, I hope that all of us will think of the lives that have been affected by cancer. I want us to think of our friends and family members that we have lost to this disease. I hope that Logan’s story will encourage us all to fight to find the causes and the cures.

Our loss and our pain should motivate us to end all types of cancer, so that others don’t face grief like our own.

This one’s for Logan. Roll Tide.